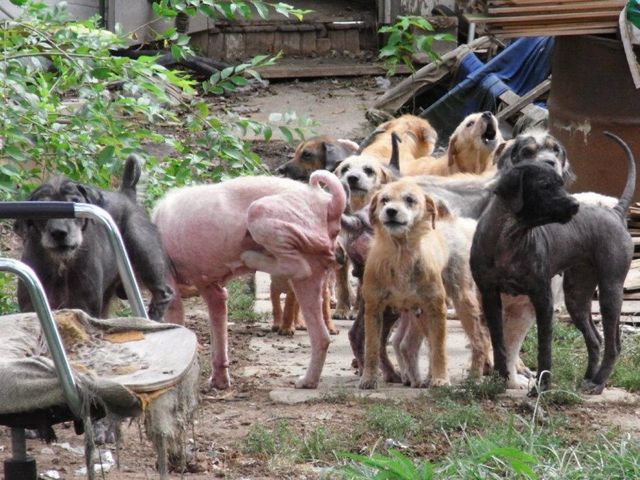 MONITEAU COUNTY - Clifford Pawul surrendered 24 of his dogs Tuesday after neighbors took to Facebook to complain.  Pawul voluntarily handed his animals over to the Humane Society of Missouri following the beginning of an investigation.  The humane society said Pawul still has eight dogs.

Neighbors in the area said they began complaining about the condition of the dogs around a year ago.  They said they believe it took far too long for action to take place.  Investigators did not look into the situation until the neighbors submitted pictures to the humane society, sheriff's deptartment and started a petition on Facebook.

Brian Williams, the Humane Society of Missouri's lead cruelty investigator, said they began to file an injunction for the animals, but cases in other areas with a higher severity of conditions slowed down the process.  Williams said after the animals are examined and there is further investigation done, they could file charges against Pawul.