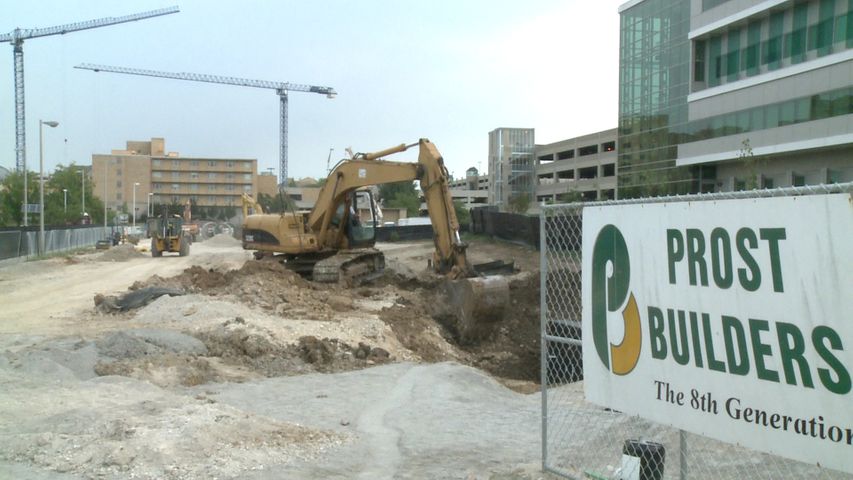 COLUMBIA - Construction on Monk Drive will not be completed in time for Mizzou's first two home football games. After construction was delayed once already, the anticipated date for completion was September 2nd, but VA officials said that does not look likely.

MU is in the process of relocating a storm drain system that encompasses parts of Stadium Boulevard, Hospital Drive and Monk Drive. No one from MU would go on camera, but in a written statement said the utility work is on schedule to be completed by Septemeber 2nd as anticipated. But Monk Drive, which falls under the jurisdiction of the VA, will still need to be rebuilt. That will not be complete before the first two home football games.

U.S. Department of Veterans Affairs official, L. Stephen Gaither, said the construction on Monk Drive that has leaked onto Stadium Boulevard has made traffic move very slowly on a day-to-day basis, but on a football Saturday, the traffic will be worse.

Gaither clarified to KOMU in a phone call after this story went online that the VA has let fans use their parking lot to park and tailgate for football games in the past, but cannot for the first two home games this year because of safety concerns.

The MU Athletic Department has not gotten back to KOMU on its plans to relocate fans who had preciously parked in that lot.