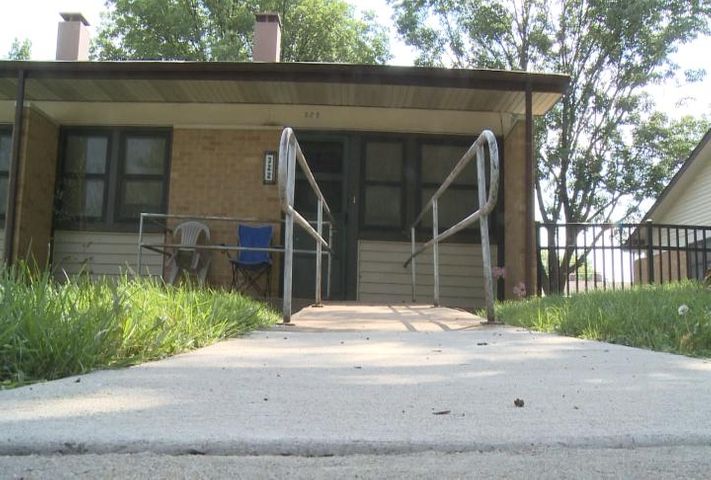 COLUMBIA - Public housing keeps a roof over the heads of many Columbia families in poverty, but there's not enough available for all of those in need. The Columbia Housing Authority or CHA currently serves approximately 1,950 families, but there's more than 1,000 other families waiting for help.

Right now, the CHA has reached its limit. The current occupancy numbers show all complexes are at 97 percent capacity or more. Providence Townhomes' 294 units are 97.5 percent full. Bear Creek Townhomes has 78 units and 98.6 percent of those are occupied. Oak Towers has 147 units and services the elderly. Its units are 100 percent full. Paquin Tower serves the disable and elderly with 200 units, which are at 98.9 percent capacity.

The CHA also provides Section 8 Housing Vouchers to those in need. People with vouchers can live at private apartments that accept the vouchers. Those using the vouchers still pay for their utilities and a portion of their rent, like those living in public housing, but the vouchers go to the landlords to cover the rest of the rent payment.

The CHA has 1,141 vouchers in use, with 1,100 applicants on a waiting list. The organization last opened the waiting list for applicants in September 2012. It could be another two years before the CHA reopens the list.

Jacqueline Harris is one recipient of the Section 8 Housing Voucher Program. She's a single mom who lived in public housing for the first couple of years she was in Columbia. She moved to town from Chicago.

"(Columbia's) quiet. It's quieter than where I come from I can tell you that," Harris said.

She moved out of public housing and received her voucher when she got a job working at the Moving Ahead after school program for kids at the Blind Boone Center. She got the job through a program at the CHA. She said the vouchers lift a financial burden.

"It's a big help because I still have bills to pay and with that you're able to pay your bills and still have a little change in your pocket," Harris said.

The housing authority CEO Phil Steinhaus said the group is constantly working to preserve this service to the community.

"If you're going to break the cycle of poverty, where's the first place you want to start? You want to put a roof over a family's head," Steinhaus said.

But maintaining that roof is getting harder with time. The largest CHA public housing development, Providence Townhomes, was built in the 1950s and is starting to fall apart.

"The biggest challenge that we have is our plumbing system," Steinhaus said. "They are old cast iron pipes. They've had over 50 years of use."

Rusty pipes, sinking slab floors and cracking walls are just a few of the problems the older properties face. There are also no dryer hook-ups and washers crowd in by the stove.

"We really can't afford to let the houses deteriorate," Steinhaus said. "They continue to take more and more maintenance and after 50 years they really are starting to need major renovations."

The CHA can't let that happen because thousands of families and their children need its assistance. In fact, more than 50 percent of the people the CHA serves are children 18 years old and younger.

"Most people living in public housing the average income is about $10,000 a year. So
really low," Steinhaus said.

The key to that statement is many do have incomes. CHA fights to dispel the belief that its residents are along for a free ride.

"People have a belief that people are not trying that people are lazy and that's just simply not the case," Steinhaus said. "We have a lot of working families trying to make ends meet."

"I like the work and I'm not a lazy person, and I just like to work and that's my motivation," Harris said. "It's the only way I can survive is if I get up and go to work."

Thanks to the CHA, she's not just going to work, but working toward something.

"What do I hope for my future? I hope I can buy me a house, a house that I will love," Harris said.

The organization is also setting up plans for its future. It recently applied to HUD's Rental Assistance Demonstration Program or RAD, which will make it easier to acquire low income housing tax credits to fund projects like the much needed renovations. The RAD program will help get the tax credits because it will allow the CHA to receive more stable and predictable funding.

Currently, HUD provides an operating fund and a capital fund for projects, but the amount of money the CHA receives is prone to fluctuating annually due to federal budget cuts. With more reliable funds available through RAD, it will make it easier for the CHA to acquire the low income housing tax credits needed to renovate units.

The CHA also hopes to receive additional low income housing tax credits to build a 42-unit apartment complex near Sexton and Garth. This complex would be considered affordable housing, different than public housing or section 8 vouchers. The rent would be set at a fixed "affordable" rate compared to the market and tenants would pay the entire rent payment. They would also have to be income eligible to live there.

The CHA receives the majority of its funding through federal assistance from HUD. For more information on the organization, click here.