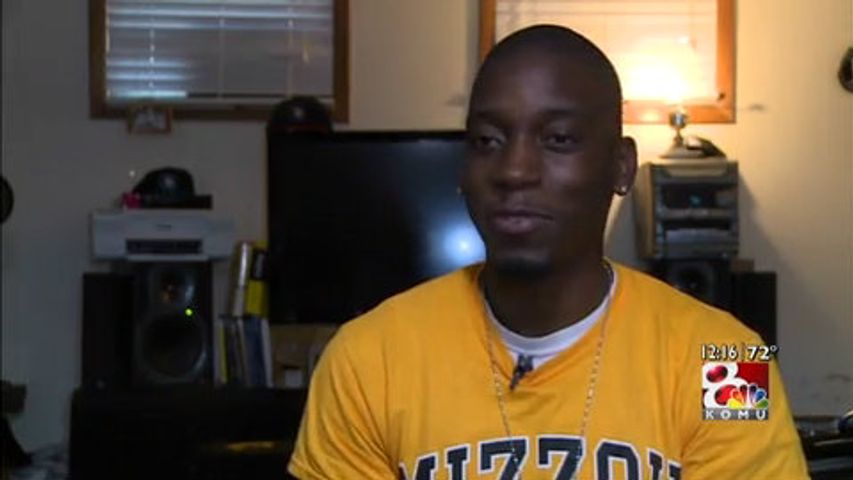 "As a DJ, you're the controller of emotions," Williams said.

He turned Gary Pinkel's post-game celebration after Mizzou's 2014 Cotton Bowl victory in a full-blown song, which now has over 6,000 views on YouTube.

"In the locker room I saw Gary Pinkel doing this dance, and the players were chanting, 'GP, GP'", Williams said. "As a producer, I was like, that's it. That's something right there."

But, he's not just known for his "Pinkel Dance" video. Williams also produces music in his own home-studio, performs at parties and now, controls the sound at Faurot Field for Missouri home football games.

"I really do sit back and think, man, I really do get paid to party," Williams said.

His life may be a party now, but at one point, it was a nightmare.

Williams never knew his biological father, and when he was just eight years old, his step father left his family and never came back.

"We were going out to my grandma's house," Williams said. "He went to the store and didn't come back."

His father's departure led to some difficult times for himself, his older brother and his mother.

"We just made the best of things as we could," said Rosie Kizer, Williams' mother. "We had our struggles and our issues, and we just progressed on."

"It has an affect on you," Williams said. "I think every kid should have both parents."

Without a father around, Williams had to look to other male figures in his life for guidance.

"It's hard sometimes when there isn't a male figure in a young man's life," Kizer said. "But moms are pretty great too."

His mother noticed from a pretty early age that Williams was good at making beats. He often practiced on his drum set he had as a child.

In adulthood, Williams bounced from Moberly Area Community College to the University of Missouri, but eventually dropped out to pursue a career in music. It worked.

When he first learned he would be the DJ at home football games, his family couldn't have been more ecstatic.

Williams has done big events before, but nothing like this in front of over 70,000 screaming fans.

It's a hard task to please everybody's music-taste, but with everything he's been through, that hasn't bothered Williams.

"He's an inspiration," Kizer said. "No matter what your circumstances are, if you have the drive, you can accomplish anything."

Tyrone Williams is used to making people dance. But now, it's not with his beats, but with his story.