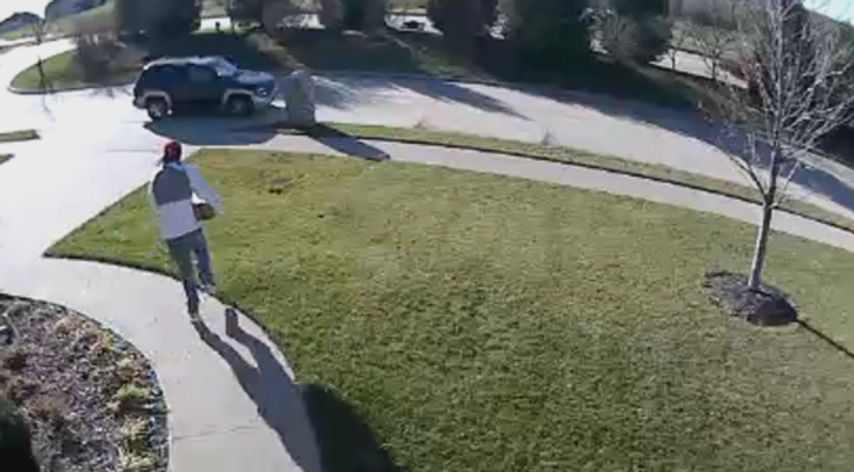 Cindy Downes and her husband are victims of stolen packages from their home in Copperstone.

The Downes have a security camera facing the front of their home and caught the thieves in action.

Downes said, "We pulled up the feed off the camera and saw that we had some individuals that did a little bit of Christmas shopping on our front porch and also went into our mailbox, and I guess are going to pay our bills for us for Christmas too."

Patty Dow and her husband live right next door to the Downes. "The vehicle was parked right next to Cindy's mailbox and you could see two people get out, the female, that's what it looked like to me, went to my door next door and then you could see her run back with a package under her arm," Dow said.

Downe's Amazon account, "said the package was delivered but obviously we had nothing on the porch." Downes said. "We were expecting packages for Christmas."

"I just hate it. At this time of the year it's Christmas gifts that's being delivered and that's what's sad." Dow said. "I hope they apprehend them and everyone gets their Christmas gifts."

Dow said the Columbia Police Department should have enough evidence by now, "that they ought to be able to pursue this vehicle and this person. It's been happening the whole south end of town."

Dow said, "It's the same vehicle that I saw, that they've seen in Thornbrook."

The Downes also said they think it is the same car.

KOMU 8 News reported a strikingly similar car stealing packages off porches in nearby neighborhoods in November.

The Columbia Police Department added a photo to its website showing a car, also similar to the one in the surveillance video. In CPD's post it said, "Victims reported packages stolen from at least three residences in the Spring Creek & Thornbrook neighborhoods. Video surveillance turned over to CPD shows this vehicle as a possible suspect vehicle in these thefts."