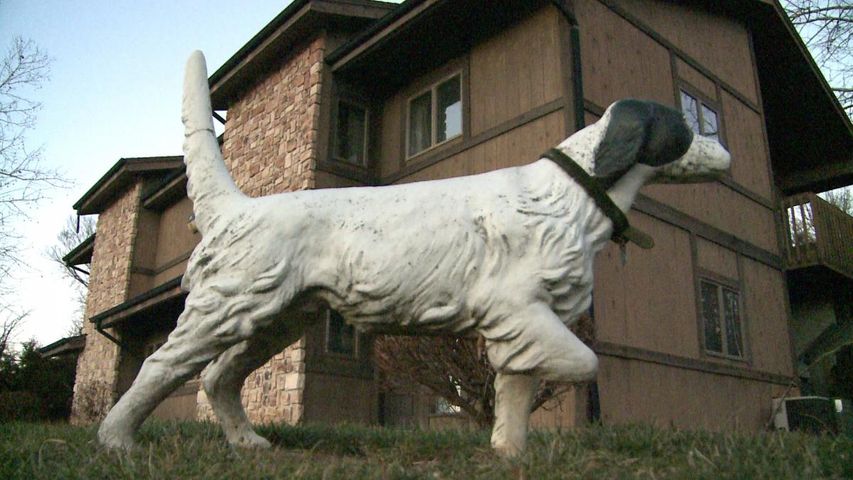 JEFFERSON CITY - Local veterinarians gave their input Friday on the death of a border-collie mix.  The dog was brought to the Jefferson City Animal Shelter on December 19th after his owner was arrested. The staff's veterinarian deemed the animal unadoptable after three days and the animal was euthanized.

KOMU obtained the animal's records from the city.  There were two recorded cases of bites. The first incident involved a motorcyclist in February of 2009.  The record said, "Motorcyclist pulled to stoplight, Jack got startled and bit the motorcyclist on the leg."  The report said the motorcyclist was bitten on the right knee and it broke skin.

A statement sent from the animal shelter's veterinarian said "Jack is known to chase down motorcycles to try to bite the riders."

Dr. Craig Boyer with Animal Medical Clinic said the dog came to the clinic in 2007 and 2009. He said this bite case is odd. He said an animal's instinct when it's frightened is to retreat, not bite. Instead, the report said Jack bit the motorcyclist.

The second incident involved Missy Childress' 9-year-old son in December of 2010.  The record said, "[child's name dedacted] was trying to give Mr. Snell some money and Jack thought it was a treat, jumped up and accidentlly nipped [child's] finger."

Childress has 3 dogs and she said her dogs behave the same way when they get excited.  She said she did not think this dog was acting aggressively towards her son or that the dog intentionally bit him.

The staff's veterinarian said in a statement sent with the records, "If he bit a child trying to give Mr. Snell money, he could bite any child that puts his or her hand in front of him with food or otherwise."

Boyer said it's hard to judge the motives of the dog in this bite case. He said the dog could have mistaken the money for a treat. The other option is the animal could have been territorial. It reacted to someone reaching out for its owner and bit the child.

He said the dog had aggression issues. His staff had to be extra careful when working with the animal.

"There was no way in the world that the dog could be adopted," said Boyer.