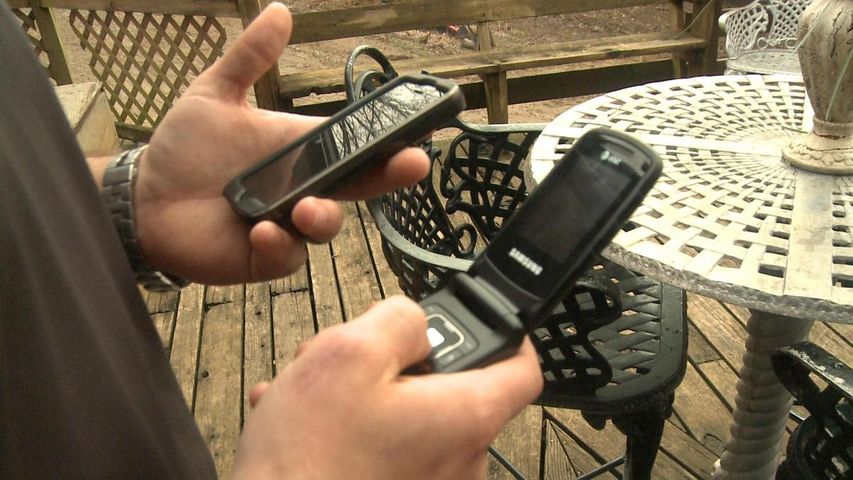 Hartsburg - More people are becoming addicted to their phone and fear being away from it. It is called "Nomophobia" or No-mobile-phobia and 66 percent of us feel that way according to a study conducted in the UK in 2012.

"You get the sense of who made this up? But what we see is that it is in fact a real disorder.
It connects to one of the greatest disorders called general anxiety disorder", said mental health expert Michael Sherbun, CEO of Cedar Hills Hospital.

The number of phone addicts has risen from 53 percent in 2008. The fears include losing reception, running out of battery and losing control of phone.

"Panic just sets in because I don't know what to do, because people are used to me replying back
on whatever they may need or any issues concerned private life or business", said Ryan Gilmore,
a business owner of Cameo Construction who thinks he is addicted to his phone.

Gilmore has two cell phones, one for business and one for his private life. It also helps him if either one runs out.

While the average person uses his or her phone 34 times a day according to the UK study, Gilmore thinks he sends between 40 and 100 text messages a day alone.

"There's just too many options and you know it's a part of you really, everything that I do during the day", said Gilmore.

Gilmore brings his phone everywhere - to the bathroom and hunting - and never shuts it off. His wife, Stacie Gilmore, calls the phone a second wife.

"It's kind of hard because he doesn't pay attention to me, he is more focused on his phone and I have to repeat things a few times," said Stacey Gilmore and laughed.

Ryan Gilmore feels it's a big burden to be so dependent on his phone, but need it for his business.
"It definitely affect's our relationship, but it's a ‘catch-22', I have to work and support my family".

Michael Sherbun expects to see more people in the future becoming Nomophobiacs. The biggest problem is how it affects our social life.

"The more you are on your phone the less you are going to learn the skills you need in a relationship", said Sherbun.