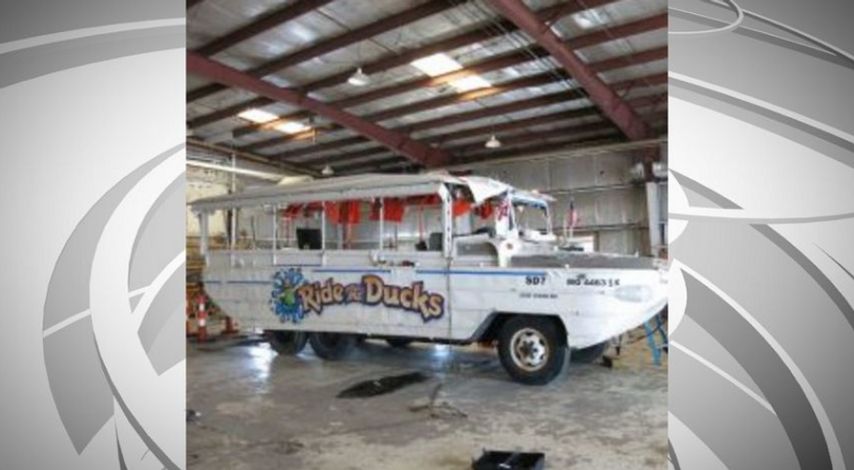 SPRINGFIELD - Two more people have been indicted for the duck boat accident that killed 17 people in Branson last year.

Curtis P. Lanham, 36, of Galena, Missouri, and Charles V. Baltzell, 76, of Kirbyville, Missouri, were charged in a 47-count superseding indictment on June 13, according to a press release from the federal prosecutor's office.

Both Lanham and Baltzell were employees of Ripley Entertainment, Inc., which owned the "Ride the Ducks" company.
Also named in the new indictment is the captain of the duck boat, Kenneth Scott McKee, 51, of Verona, Missouri. He had previously been charged but the new action replaces the original indictment.
The June document that includes Lanham and Baltzell as parties keep the original charges against McKee, which were misconduct and negligence by a vessel captain, resulting in the death of another person.
Baltzell is charged with the same crimes as an aider and abettor of misconduct and neglect by a vessel captain, one count for each of the 16 passengers and another for a crew member who died in the accident.
Lanham is facing 17 counts of misconduct and 17 counts of neglect by an executive officer of the corporate charterer/owner. The case against Lanham also alleges he aided and abetted McKee’s misconduct, negligence and inattention to duty.
Those are just the felony counts. McKee, Baltzell, and Lanham also each face 13 misdemeanor counts, brought on behalf of the 13 passengers that survived the accident. They include operating a vessel in a grossly negligent manner, or alternatively, by aiding and abetting the negligent operation of the vessel.
The indictment was made public on Thursday after Lanham and Baltzell made court appearance in a Springfield federal court.
Tia Coleman lost her husband and three children in the incident. In a statement from her attorney Coleman said these indictments are "another major step in the fight for justice for my family and the other victims of a tragedy that easily could have been avoided if human lives were valued more than corporate profits."