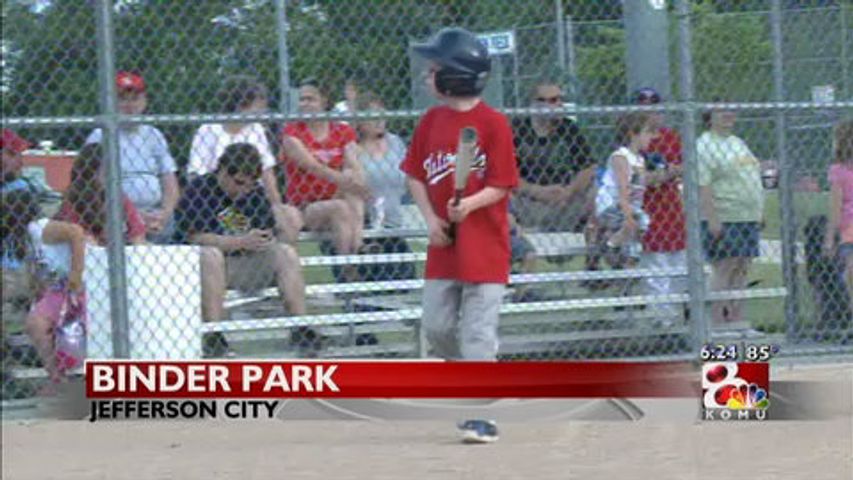 JEFFERSON CITY - When Luke Jarrett began playing Miracle League baseball seven years ago, he played for one of the two teams in the program. This summer, Jarrett's team, the Nationals, are one of six teams in the growing league.

Jarrett has played in the Miracle League since its inception in 2008. Sixty-five players gather each Friday with the same mentality - they just want to play ball. The Miracle League allows players with all types of disabilities to play baseball in a noncompetitive atmosphere, so there are no strikeouts, errors or losers.

Deb Hendricks was one of the parents who brought the Miracle League to Central Missouri. Her son Chance has Down syndrome, and she said in this type of league, children with disabilities do not have the pressure of being the slowest runner or the last batter in the lineup.

"I think it is filling a need in the community," Hendricks said. "And that feels good."

Luke Jarrett's father Greg said he appreciates the fact that every child gets the chance to succeed. "They all get to be successful every week. They all get to hit. Sometimes it may take a few pitches, but they all get to hit," Greg Jarrett said. "There's no pressure on any of them. They're just here to have fun."

Hendricks said the next big step for the Miracle League of Central Missouri will be resurfacing a baseball diamond with cushioned rubberized material. She said this type of surface makes playing baseball safer for every player, especially those with walkers and wheelchairs.