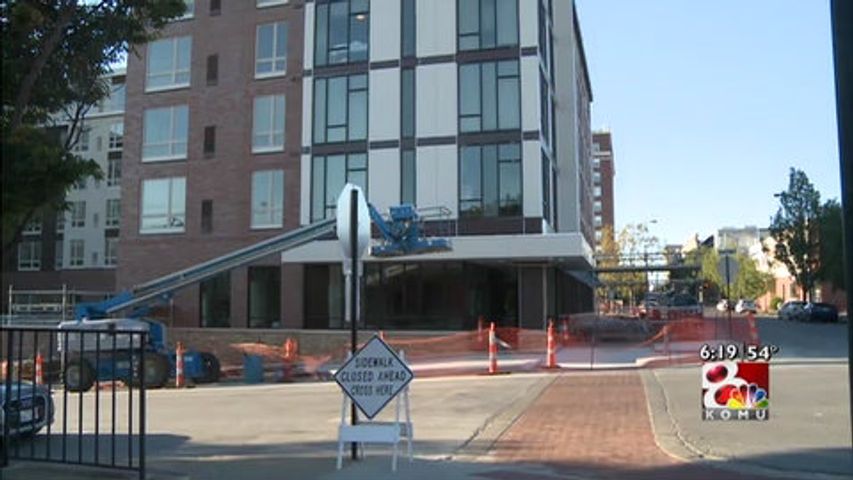 COLUMBIA - Some residents who could not eventually move into the District Flats apartment complex because of construction are finally able to take up residence.

Construction was still not finished Monday at the site on Eighth Street.

Sidewalks remain blocked off and orange plastic fences and metal scaffolding line the corner by the front door. Construction workers are working to add the finishing touches to the new residence.

"Even though they are still going on with the construction, it's not too bad with interfering with our living experiences as residents," Marquise Griffin said.

Building delays made it difficult for some residents to move in August 15 for the complex's grand opening.

District Flats management refused to comment about when the building will be completely done.