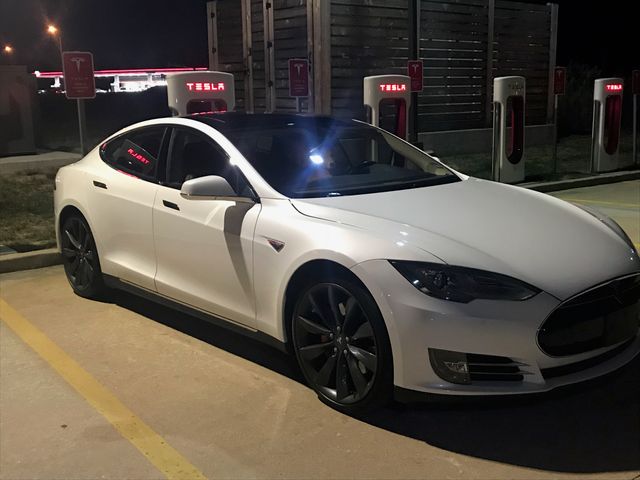 COLUMBIA - An appeals court ruled that Tesla Inc. can sell cars in Missouri again. Telsa sells electric cars directly to consumers instead of to a dealership and then a consumer.

Micah Newmann recently bought a Tesla. He had to travel to Texas to purchase it.

"I researched Tesla for about four or five months," Newmann said. "I knew I was going to need to purchase a car at the end of this year."

Newmann said he realized he would be saving money on gas with an electric Tesla.

"I realized I would be wouldn't be spending anymore on gas," Newmann said. "I was spending a decent amount a month on gas. It [Tesla car] being electric I have free access to superchargers around the country. "

But Newmann said he enjoys other features on his car as well.

"I reduced my expenses there," Newmann said. "And it's fast. It's really fast. The best part is the autopilot. When I get on the highway or even in part of the city I click on the autopilot and take my hands off the wheel. It allows for a lot more stress free drive."

The Missouri Court of Appeals on Tuesday reversed a lower court ruling in a lawsuit filed by the Missouri Auto Dealers Association.

A Cole County judge ruled last year that the Missouri Department of Revenue violated state law by granting licenses that allowed the automaker to sell cars directly to customers instead of through a dealership.

The dealership association argued the state gave Tesla special privileges because other manufacturers provide cars to franchised dealerships to sell.

Newmann said he thinks Tesla is a great company.

"They're one of those companies that put their mind to something and achieve it," Newmann said. "They have one of the most advanced autopilot or semiautonomous driving system on the road."

Tesla said in a statement, “Tesla sells our cars directly because it ensures the best possible experience for our customers. The decision today is a victory for Missouri consumers who want the choice to learn about and purchase their Tesla in their home state. We have been serving customers in Missouri for almost five years and have contributed to the state economy and jobs for Missourians – something that will now continue.”

"Telsa has the best customer service experience I've had in my life," Newmann said. "24/7 I give them a call, and they do not hang up until the problem is resolved and I'm satisfied."

Newmann likes that he can only purchase Telsa cars from Tesla Inc.

"I think if I'm only having to purchase a car through Tesla then I am happy. I think it's a great decision.

Newmann said he supports Elon Musk and this decision from the court.

KOMU 8 reached out to the Missouri Automotive Dealers Association but did not hear back.