More than 35,000 voters expected for primary election in Boone County 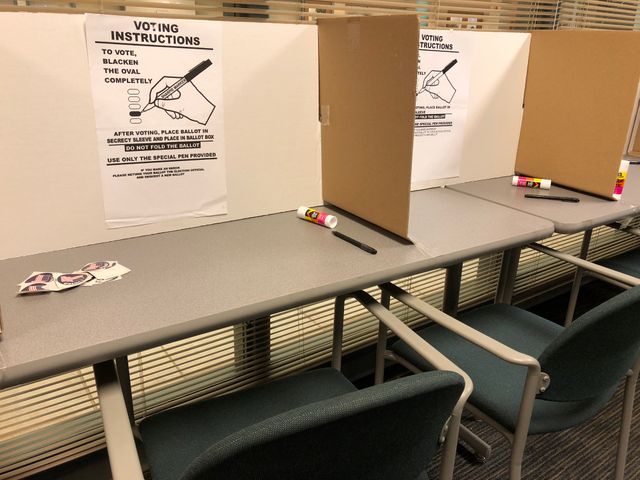 COLUMBIA – Boone County Clerk Taylor Burks said he expects a turnout of between 35 and 40 percent of the total number of registered voters for the primary election on August 7.

Burks said one issue on the ballot is likely to increase the number of registered voters who actually come to the polls.

On the other hand, Burks said he does not anticipate the Senate race would increase turnout in the primary, at least for the Democratic Party.

"The U.S. Senate race has an incumbent, so Sen. McCaskill is running for reelection. That probably won't drive turnout in the primary for her," he said. "What's more likely to drive turnout for Democrats are the three contested primaries for presiding commissioner, and two associate judges."

In terms of young voters, Burks said Boone County has a unique challenge.

"The August primary election, the university is not in session," he said. "We tend to have a lot of college students that aren't even here in Boone County that might be registered to vote here but they're on summer break or summer vacation. August we tend to see much lower turnout among younger voters than we would otherwise like to see, and the in November we see a higher percent of 18 to 34-year-old voting."

Columbia resident Ardy Porter will not be at home on election day, so he voted absentee on Wednesday. He said younger voters should take part in the election process.

"They've got to exercise and learn the democratic process," he said. "We have a Republic here and voting is the way we speak our opinions, and young people need to vote and express their opinions."

Voters who will be out of town the day of the election can still cast their vote through absentee voting.

"The last I checked was 1,200 absentee voters had requested an absentee ballot before August," Burks said. "August tends to see a little higher number of absentee voters in Boone County, a lot of families are taking vacations right before back to school, or like I said college students who vote here but aren't in Boone County."

Columbia resident William Claassen also did absentee voting on Wednesday. He said people who will not be in the county on August 7 should still cast their vote.

Burks said voters can to come to the county government center on Saturday between 9 a.m. and 1 p.m. to do absentee voting. They have the chance to vote absentee up to Monday at the county clerk's office.

He also said for the upcoming August 7 primary election there will be 54 polls, with the government center operating as a central polling location, where anyone in the county can come to vote regardless of their assigned polling place.

On election day, polling places will open at 6 a.m. and close at 7 p.m.