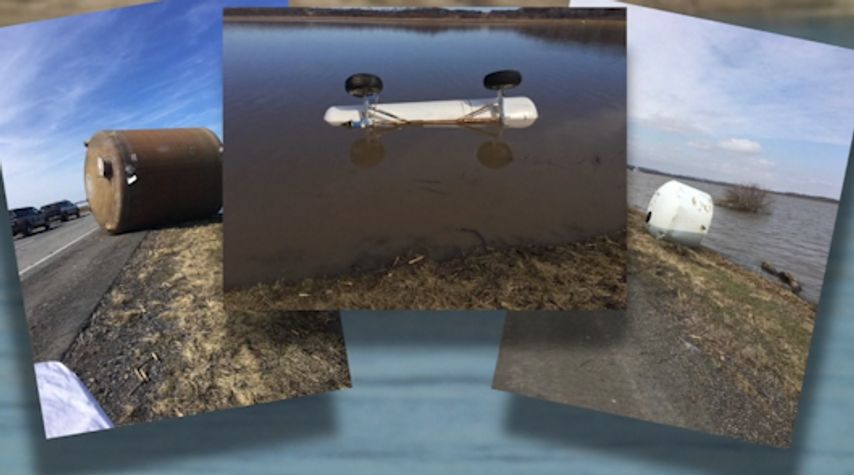 According to DNR, more than 740 containers have been recovered by state-agency personnel and contractors. Both the DNR and MDC are hoping Missouri hunters, anglers, hikers, campers, and others in the outdoors can help locate more of these containers.

The DNR wants help locating them, but advises Missourians to use proper precautions when doing so.

"The containers must be handled by experts because they can hold an array of potentially dangerous substances, including fuel and agricultural chemicals," according to a statement by the DNR.

The Executive Director of Missouri River Relief said volunteers encountered one of these containers during their river cleanup at the end of October. He said he always advises volunteers to track the GPS location of the container and then notify the department of natural resources if the containers are suspicious or contain unknown substances.

"They've got the tools to figure out what it is and how to properly dispose of it," Steve Schnarr.

Schnarr said that anything tied down that can float will often take off downstream during flooding. He said it is not uncommon to find floating containers after floods, but this year was different.

"What is uncommon is the intensity of the flooding this year," he said. "It is not normal for the department of natural resources to have to recover over 700 of these containers in one year. That just shows how extreme this event is."

Schnarr said part of the reason so many containers have floated off this year is because many farmers have not been able to get to parts of their farms for months, and during that time containers have been swept away.

He also worries that with so many lost containers, there could be contamination throughout the river.

"In flood events like this, there will always be contamination of the river," he said.

The DNR has also provided a list of the possible flood-related orphaned containers. These include: