More Walkers for March of Dimes in Mid-Missouri 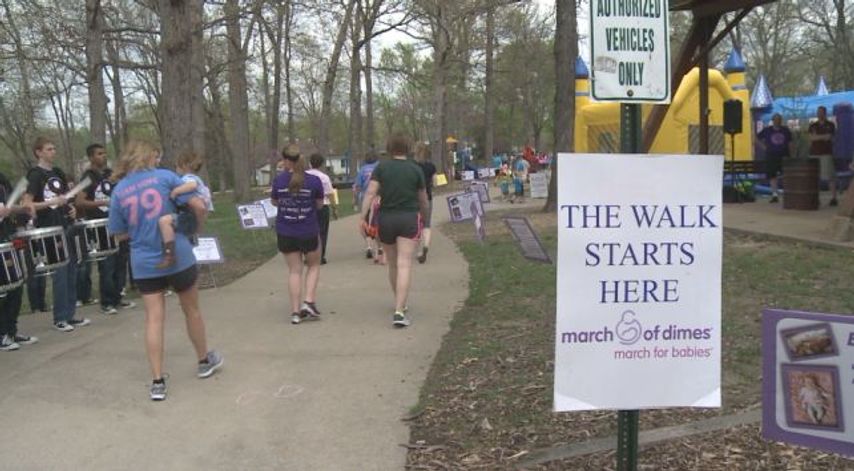 JEFFERSON CITY - More than 400 walkers participated in the March of Dimes, March for Babies event at Memorial Park in Jefferson City Sunday.

The March for Babies 2014 Jefferson City Chair Jennifer Schnieder said the event raised more money and had more participants than ever before.

"We're on track for having a bigger event than we've had in previous years, so we're real excited about that," Schneider said.

In 75 years, March of Dimes has funded a lot of research helping pregnancies last longer, preventing prematurity and working on treatments for babies  born too soon.

"I think awareness is really important. Its more important for pregnancy to be carried out as close to 40 weeks as possible," Schnieder said.  "For every baby born prematurely that expense in a hospital is about $50,000 more than a full term baby, so there's the economic impact of preterm babies and then there's also the issues that preterm babies face further down the line."

One participant, Joyce Brandt, said she walks the mile for her son.

"We walk because my son was born premature and he weighed just 2 pounds and he spent nine weeks in the hospital at Boone, so we walk in honor of him so other families don't have to go through this," Brandt said.