Morning Traffic Detours Around Semi Overturned on I-70 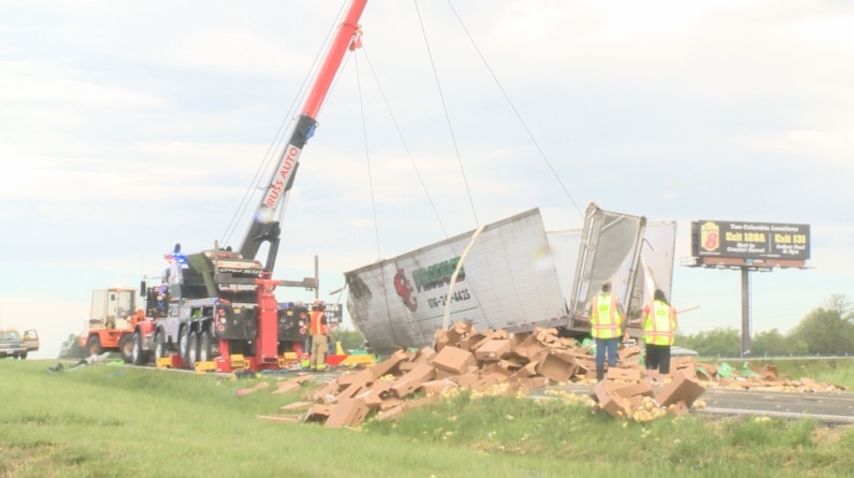 CALLAWAY COUNTY - The Missouri State Highway Patrol and the Missouri Department of Health responded to a semi truck overturned on Interstate 70 around 6 a.m. on Monday.

The accident occurred just past the 143 mile marker on the interstate. The truck was heading east when a tire came off the road and jack-knifed the trailer. The trailer was turned at a 90 degree angle and slid toward the right side of the interstate. No lanes were blocked and traffic continued accordingly.

Packages of onions and potatoes were scattered all across the median. Environmental Health Public Specialist Kent Wood said all produce will be embargoed then taken to a landfill and the cardboard will be recycled.

Batliner was later picked up at the scene by a family member.