Mother hosts charity run in remembrance of her daughter 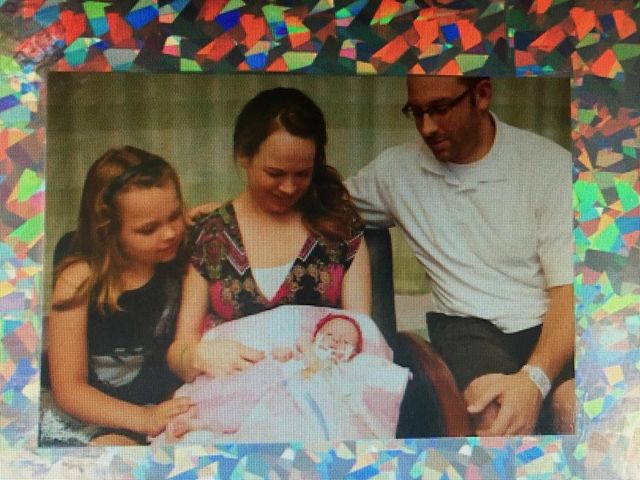 LINN - Kristy Russell organized the third and final Bookin' it for Babies 5K Run and Walk Saturday in honor of her daughter, Paige Russell, who passed away two weeks after birth.

Paige Russell was born June 11, 2013, and Kristy found out two days later that Paige had Trisomy 18, a condition caused by an error in cell division. Similar to Down Syndrome, people with Trisomy 18 are born with an extra chromosome. The development issues caused by Trisomy 18 are associated with more medical complications and are potentially more life-threatening in the early stages of life than Down Syndrome.

Kristy and her family found out her daughter only had about a month to live and they made the decision to let Paige go on June 26, 2013.

"The doctors there were amazing. There was one nurse we specifically requested for the day we chose to let Paige go because we wanted her there," Kristy said.

"I just see all they do for everybody else and how much they helped me and I just want to give back because they're just a wonderful, caring hospital," Kristy said.

People at the event ran and walked in the 5K, placed bids at the silent auction and shopped at vendors. The event also had many child-friendly activities such as face painting, balloon animals and a visit from TJ, the MU Children's Hospital mascot.

Bookin' it for Babies was able to sponsor a room at the MU Children's Hospital NICU called Paige's Palace. Last year, the event raised $5,000 and the pledge for that room is $10,000.

"We have five years to pay it off and we are in year two and we are almost to that goal," Russell said.

Editor's Note: This story has been updated to provide the latest information.