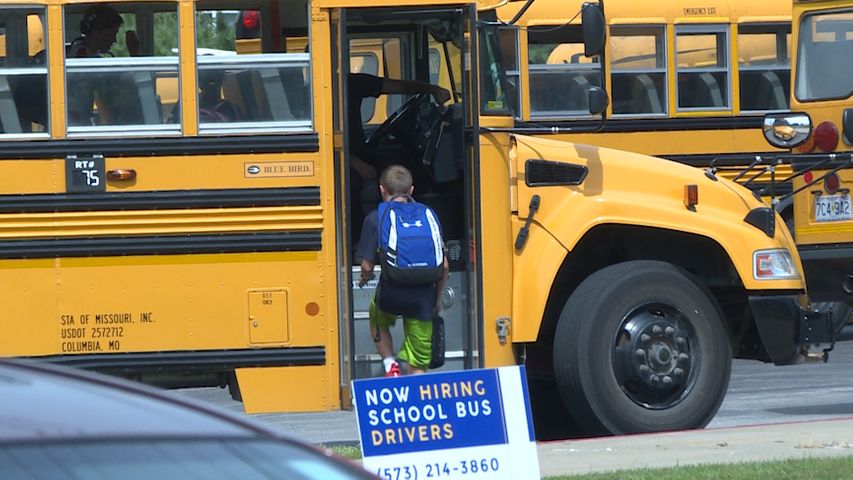 COLUMBIA - One Columbia mother said a school bus driver let her son get off the bus more than a mile from home.

Heather McKinney and her family moved to Missouri from California just over a month ago.

"Being in a new city, we have only been in the area about six weeks. So he didn't know where he was or what was going on," McKinney said.

McKinney said she was at work Thursday afternoon when she received a call that made her heart drop.

"It was gut-wrenching. I had to take time out of work, I was at work at the moment," she said. "I had a babysitter and that's actually how I found out first, was she called me and said the bus went right by and he's not on it.

Eventually, Mckinney said a woman called her informing her she would walk her son the rest of the way home. The woman turned out to be a safety officer with Columbia Public Schools.

Columbia Public schools told McKinney with the number of students enrolled in the district, it is inevitable that someone is going to get off at the wrong stop.

Student Transportation of America, the contracted bus company for Columbia Public Schools, said parents need to share the responsibility with the school and bus driver.

"Parents should make their children aware of where they live, including their street address, and the area/bus stop looks like," a company representative said.

The company also said it's natural for parents to be concerned, but bus drivers transport about 10,000 students every day and it is hard to pinpoint one thing that would have changed the situation.

McKinney said from now on she is going to make sure her son gets home from school every day.

"I have to make sure someone is here, so that they can catch it. Fortunately, I work in a way that I could leave work and come deal with it if I have to," she said. "If it's not the first day of school and it still happens are they going to have people driving around looking for kids?"