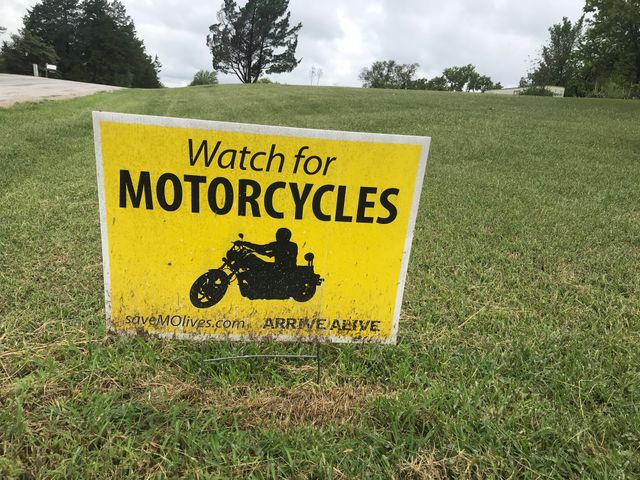 JEFFERSON CITY - Labor day traffic deaths are down from last year, according to a Missouri State Highway Patrol report, but that statistic doesn't come without concern.

The Labor Day counting period started Friday at 6 p.m. and ran through 11:59 p.m. Monday. According to the news release, highway related deaths hit 11 in 2017 and dropped to 5 this year.

MHSP Sgt. Scott White said, in the past, motorcycle deaths have not been the trend.

“It is highly unusual, and I don't think there is any one thing we can point to and say this is why,”  White said. He said in the last two years combined there were 26 fatalities over the Labor Day holiday, and only two of those traffic fatalities involved motorcycles, so this year was a spike.

Mid-America Harley Davidson employee,Ron Schieferdecker, said he took a ride on his motorcycle over the holiday weekend. He said he took the back roads and stayed away from the traffic.

“The fact that 100% of [traffic deaths] were motorcycles is a little surprising,” Schieferdecker said. He said cars have a lot of safety devices that motorcycles do not, so other drivers should be more aware while on the road.

Motorcycle rider and mechanic Dave Stevens said motorcyclists should be proactive in watching the cars around you while on the road. “The inattentive driving is probably your biggest challenge,” Stevens said.

He said there are a lot of motorcycle events that go on during the Labor Day holiday weekend as well. “With that there is excessive partying and having a good time, and people need to realize what their limits are and keep their head on,” Stevens said.

White said one important tip he has for motorcyclists is to remember that there is a blind spot out there for cars and to not drive in that blind spot.

“You have to really do everything you can as a motorcyclist to protect yourself as you go down the highway,” White said.

“You’re protecting your brain with a helmet, that’s a very important safety device that everybody should use when they’re riding a motorcycle,” Schieferdecker said.