Motorcycle Church Appeals to a Wider Crowd of Christians 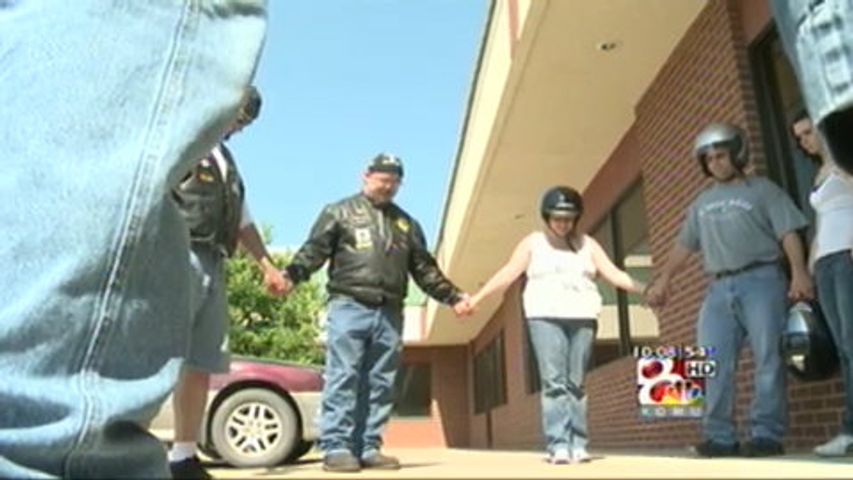 COLUMBIA - Motorcycles and church -- not your usual combination. But ask the Son Riders Motorcycle Church, and they'll say it's the best combination. That's because these bikers use their motorcycles to attract a less-than-traditional form of church-goer.

"Motorcycles help make connections with folks," said church communications leader Rick Hall. "Motorcycles are very popular, everywhere I ride people will come up to me and say 'oh you ride a motorcycel?' Then they might even want a picture with their kids on my bike."

On Sunday mornings, you won't find the Son Riders sitting in pews, but as service leader Joe Ginter puts it, that doesn't mean they aren't participating in some form of prayer.

"While other church members are listening to sermons, we're riding our bikes," said Ginter. "We usually try to do some kind of missionary work, whether it be riding for the military, riding for food drives, things like that."

A major difference between the Son Riders' Church and a traditional church is the ability to attract those who want to worship, but may not feel comfortable at a traditional service. Gary Adrian is a long-time biker and father of 2 daughters. Monday night he attended his first biker church sesrvice in the small, open room of the church with a serious-looking white bandage around his hand. While hesistant to go into detail, he said he got away from the church when his "biker lifestyle" took priority.

"I guess I kind of got away from going to Catholic church so this kind of brought me back to it. Because of being interested in riding, that was the inspiration for showing up here."

He also said he doesn't like talking too much, but by opening up to people, maybe he can help others who might be scared to do the same.

"I don't necessarily want my two girls to know too much, but I do get how I can be of service to others."

The Son Riders ride on Sunday mornings at 9 a.m., beginning at the Lakeview Mall at the Lake of the Woods exit. You can also catch their services at the same location on the second and fourth Mondays of the month.