Motorcycles Head to the Wall 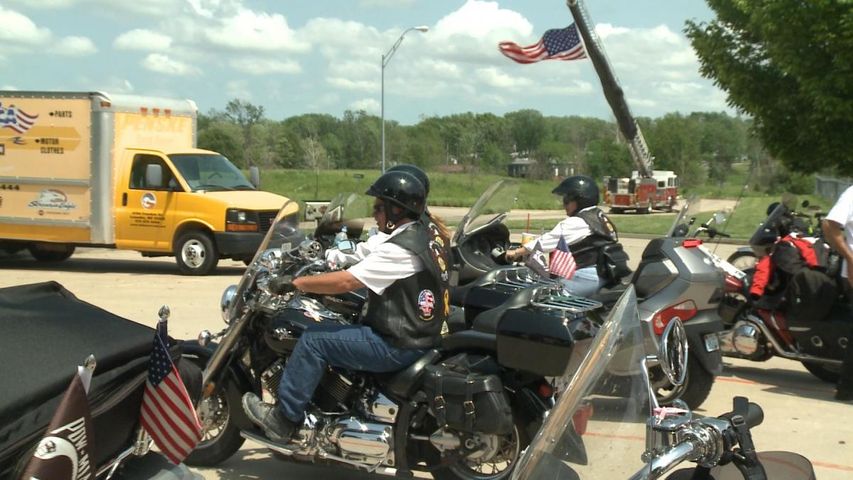 COLUMBIA - Hundreds of motorcyclists stopped at the Mid-America Harley Davidson in Columbia Monday.

The estimated 600 bikers are riding in the 25th annual "Run for the Wall" event.

The motorcyclists started in Los Angeles, Calif., and are headed to the Vietnam Memorial in Washington D.C.

Many of the riders are Vietnam veterans and say they participate in the event in order to honor all U.S. armed forces and their families.

Tony Coulston and his wife came all the way from the United Kingdom to join the event and support the British troops as well.

"We're riding for 'Help for Heroes' in the U.K. and we're aiming to raise funds for that group, and [the] British armed forces that have been injured in action."

The group expects to arrive in Washington D.C. on Friday. For more information on the ride visit rftw.org.