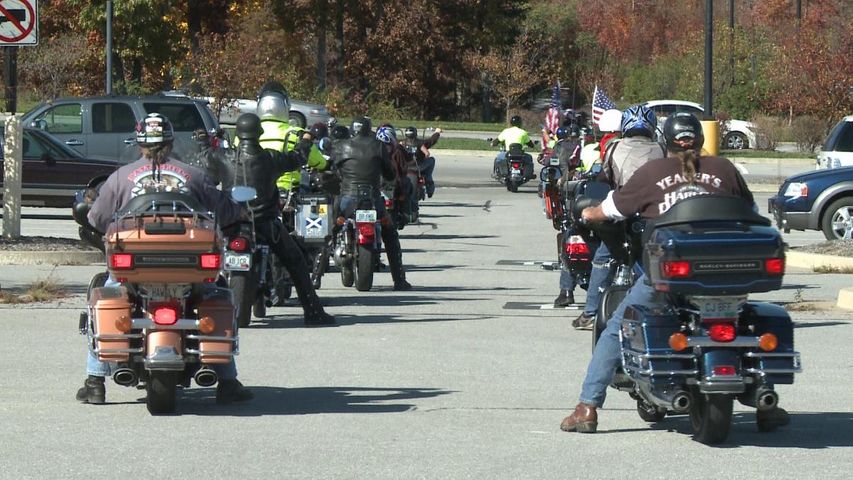 COLUMBIA - Motorcyclists reved up their engines for the Toy Run parade today in the Wal-mart on Grindstone Parkway to the Salvation Army. Santa's little helpers are starting early to make sure local families receive Christmas gifts this year.

The Gold Wing Road Riders Association sponsors this event across the country.There were more than 110 bikes in the parade with at least one passenger on board. Each motorcyclists this year donated at least 2 to 3 new toys or non-perishable food items.

"It's a win win because it helps those who are giving have a sense of generousity and it also helps provide the resources for us to be able to give to the less fortunate," Salvation Army regional coordinator Major Richard Trimmel said.

Salvation Army Development Director Cyndy Chapman say they can tell by the volume under the Christmas tree that they exceeded last year's donations. Chapman says for families in need this is their Christmas.