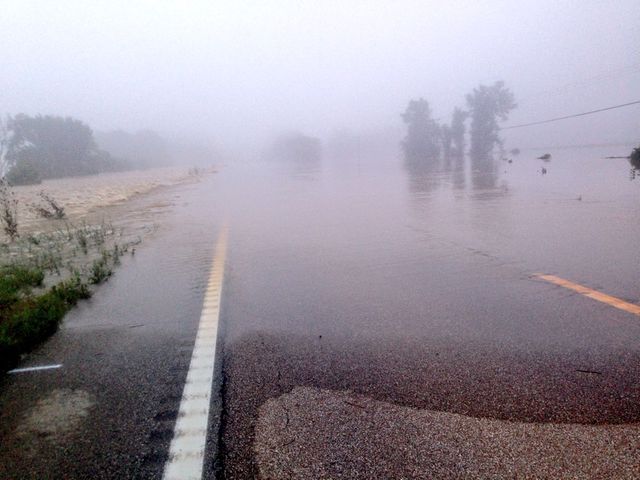 MoDOT closed a portion of Mount Sterling's Highway 50 at noon Thursday. MoDOT told KOMU 8 News early Friday it was unsure when the road would re-open, but later said it is not making predications.

The National Weather Service has a river flood warning in effect for Gasconade county until 9 p.m.Friday.

The flood water frustrated some residents. Gasconade county farmer Michael Bossaller said, "When the water goes up, it has no where to go but in fields and causes tremendous amount of destruction. It can take some time to clean up - virtually impossible."

He said, "The river always wins."

The Gasconade River reached a record high of 34 feet at Rich Fountain Thursday. It remained two feet above Major Flood Stage on Friday.

MoDOT told KOMU 8 News there could be road damage underneath the flood water, meaning roads could stay even after the floods receed. MoDOT has two alternative routes people can use around this area, via Highway 19 or U.S. 54.

MoDOT advises people to use the interactive map on its website and to plan accordingly because there will be a lot of detour traffic.