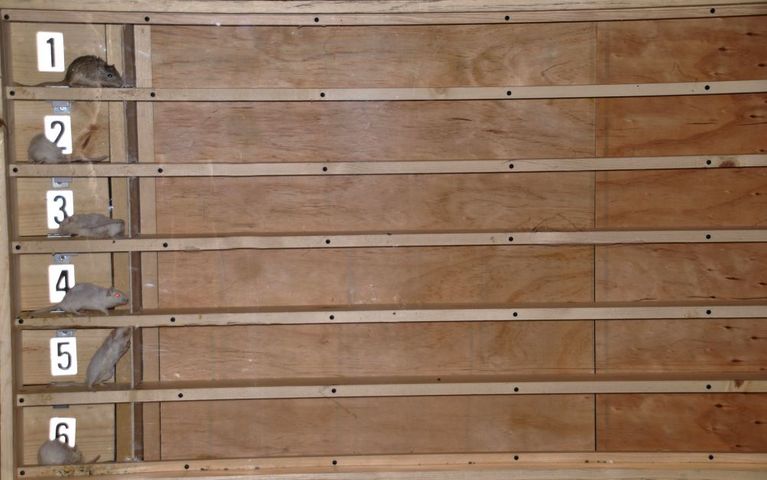 Mice in the race course. 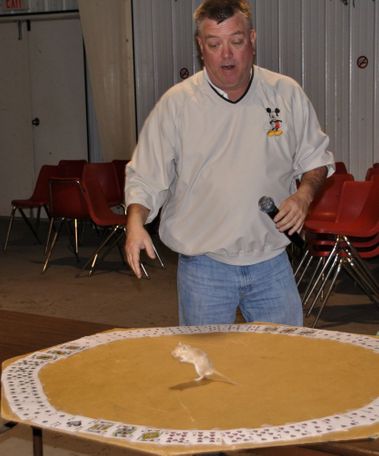 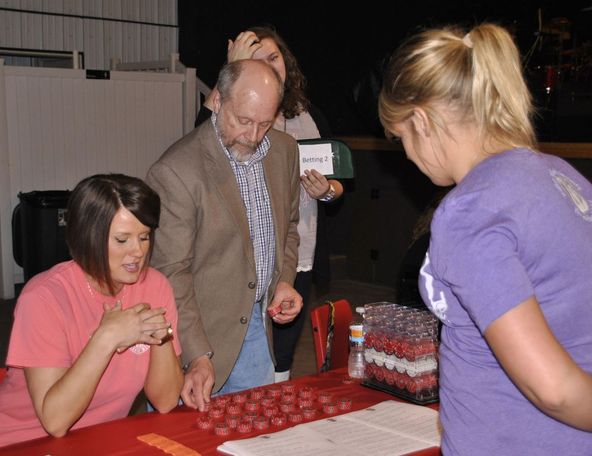 The Rotary Club of Fulton sponsored the second annual Callaway Cup Mouse Races at 54 County, 400 Gaylord Drive in Fulton. The races raised funds for the club’s charitable work in the community.

“We held our first mouse races a year ago and in addition to being a lot of fun, we raised $4,200 and were able to help out the Coalition Against Rape and Domestic Violence and other local organizations,” said Charlie Anderson, president of Fulton Rotary.

Live mice traveled through a miniature race course at fast speeds and spectators were invited to make bets.

Similar to a night at the dog or horse races, each person attending received a program at the door with the mice running in each of the 10 heats. The attendee then could go to one of the betting tables and place bets on the mouse they think will run down the tube the fastest.

Along with racing, there was also Mouse Roulette.