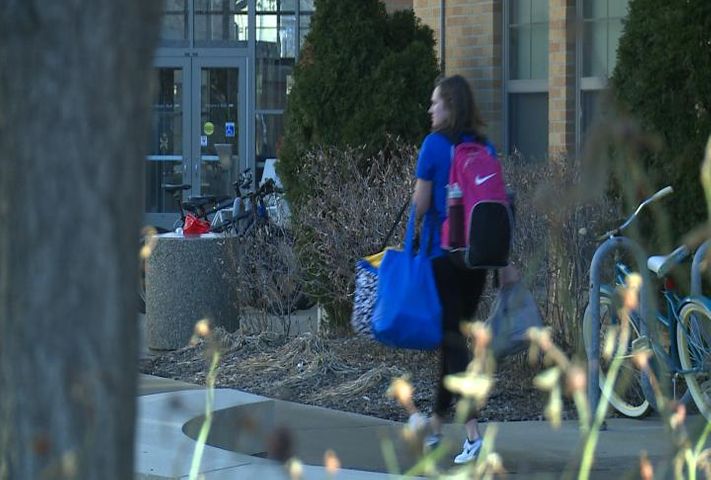 COLUMBIA - Warm weather was appreciated by University of Missouri parents who were moving their children back into dorms Monday.

University of Missouri starts class Tuesday and students were getting their rooms ready before the start of the spring semester of 2015.

Alumni Rick Kodner, who is the father of two University of Missouri students, talked about moving his sons Jordan and Paul Kodner into their dorm.

"It went very quickly today mainly because of the weather," said Rick Kodner. He said he and his sons left St. Louis at about 10 a.m. and he moved them right in and then got lunch.

Rick Kodner was expecting moving day for his sons to be "cold and icy."

He said, "In St. Louis it was very cold. To have it this way a few weeks later, it's been nice, I'm enjoying it."

Rick Kodner said "Everybody is enjoying the weather, we even saw some kids playing basketball outside." He said he didn't break a sweat today because he was letting his sons do the moving.

With the previous weeks being severely cold, Rick Kodner said he was "extremely lucky coming back to Mizzou at this time of year."

He said, "You can expect anything, to have it 55 degrees right now, and now, driving back to St. Louis, I'll have great weather to drive in with the windows down."

His son, Jordan Kodner, talked about how moving for him went during the warm January day.

"I love this weather. It's fantastic, it's nice, and warm, I mean, being in a sweater, I'm actually burning up here. It made life so much easier not having to move everything in with the cold and having to wear a bunch of coats and things like that."