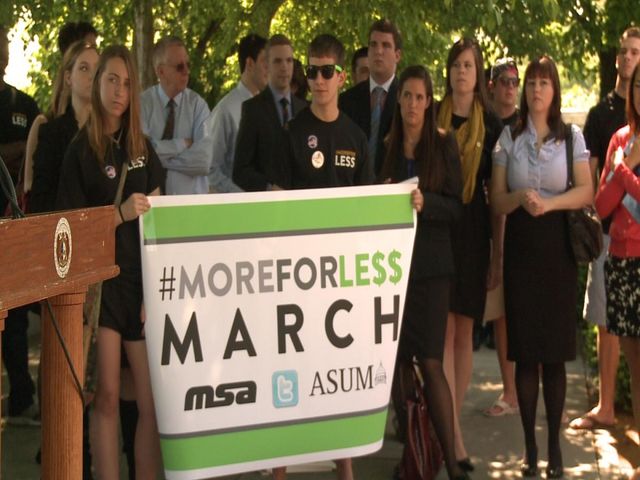 A proposal stated 12.5 percent in proposed cuts to higher education. This will not account for inflation or various improvements. MSA students have been sending letters to the Capitol, asking for legislatures to think about the proposal.

Senator Kurt Schaefer was in attendance along with Representative Chris Kelly. Kelly and Schaefer spoke out against the cut in higher education funding. They announced the bill had been passed in the senate and will head to the joint committee.

Senator Schaefer said,"It's been a rough year, it's been a very difficult budget year but the shining star for this budget...was maintaining flat funding for higher education. In this budget, this is a huge, huge win."

The final decision will be made next week.