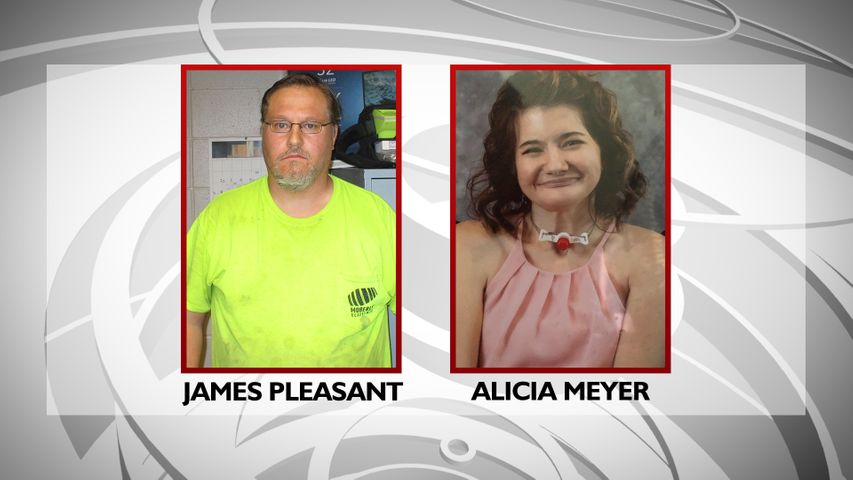 COLUMBIA - A Chariton County man faces a charge on involuntary manslaughter in the death of his fiance. State troopers said he drove past a barricade on a flooded road and a woman in his vehicle died.

Troopers said James Pleasant, 45, of Mendon, was driving with 32-year-old Alicia Meyer when he drove past a Route M barricade on May 31, right into water covering the roadway. Meyer's family said she was Pleasant's fiance.

"The vehicle was found in the floodwaters, somewhere around 50 or 70 yards south of the roadway. It was still in very deep water at the time, and the Highway Patrol's Dive Team did make the recovery," Sergeant Eric Brown of the MSHP said.

Court documents said, when Pleasant's vehicle was washed off the road, Pleasant was able to escape through the trunk, but Meyer was trapped.

"She trusted him and he left her," said Alicia Meyer's former sister-in-law Tonya Meyer.

"It was very close to where the vehicle was originally swept off the roadway, but there was a lot of water in the area, a lot of fast moving water, that caused some complications," Brown said.

"We were praying for a miracle but prepared for a tragedy," Tonya Meyer said.

She said she and Alicia Meyer had been preparing for the upcoming wedding day.

"I was going to be her maid of honor," Tonya Meyer said.

She said Alicia Meyer "lit up a room."

It's been a "rough couple of days," Tonya Meyer said.

"But at least now, we know and we can lay her to rest and we can now fight for justice."

Brown said the Division of Drug and Crime Control's investigation is still ongoing.

"They'll be very thorough in their investigation, attempt to talk to as many people as possible, make sure they've exhausted all leads, and do their job properly. In circumstances like this, it can often take months to complete," Brown said.

Pleasant was at the Chariton County jail on $50,000 cash only bond.