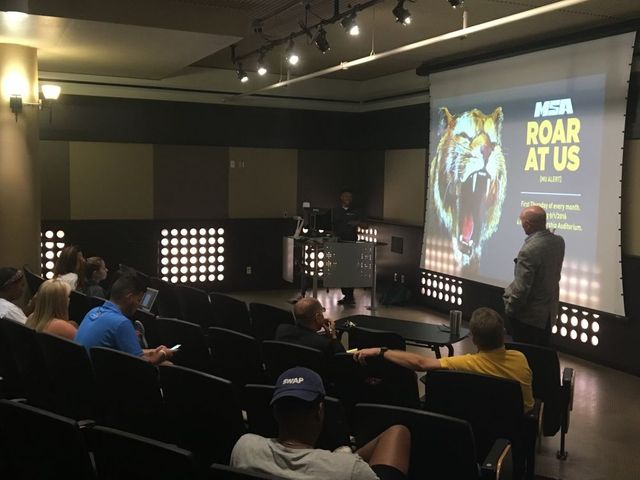 The change comes in response to complaints from students that previous alerts were too vague in their description of potential emergency situations on campus.

"One of the criticisms was 'Hey, we want to know where [the emergency]'s at,'" Schwandt said. "Our system didn't say that, it said 'shots fired on campus.' As we all know, we have a pretty big campus, so there was a lot of people wanting to know more information about where it was."

Other improvements to the system include MU Alert now being synced through the "GoMizzou" app, where messages will be disseminated in addition to emails and text messages.

MU has also added more emergency alert beacons around campus that provide information in the case of an emergency.

"We expand those beacons a lot every single year," said Eric Evans, MU's emergency management coordinator. "When I first started here two years ago, there were 200. Now there are over 350 of them."

Schwandt expressed that the decision to issue a mass alert message is taken seriously and an alert is sent only if there is "an imminent threat to campus."

The announcements came at an event facilitated by the Missouri Students Association called "Roar at Us." The open forum will continue once a month and is meant to address "top concerns of the student body," according to MU's "Stuff to Do" website. The theme of this specific forum was MU Alert.

"It's always going to be the vagueness of the alerts," said MSA President Sean Earl on what his biggest concern about MU Alert is moving forward. "I think that's just a reality of the situation. I definitely hope we can get as much information as possible into those messages so students can know where to go, where not to go, and generally where to address those different types of situations."

Schwandt said there are still aspects of the system he doesn't like, such as the "all clear" messages sent after an active situation is deemed safe. He compared it to a tornado, in that one can never be certain when a situation is "all clear." However, the system keeps it in use due to public support for the feature.

Some students also expressed concerns with MU's clery release system. Specifically, they were concerned with the "vague descriptions" of suspects with regard to race, gender, etc.

Schwandt said his team includes as much information as is available at the time of the release and that anything that could help find a suspect is made public.

"If we have it, we put it out," Schwandt said. "We're not going to not put something in there that would help solve the case."

The university plans to test the new changes to the system during the school's "safety week" which begins September 12.