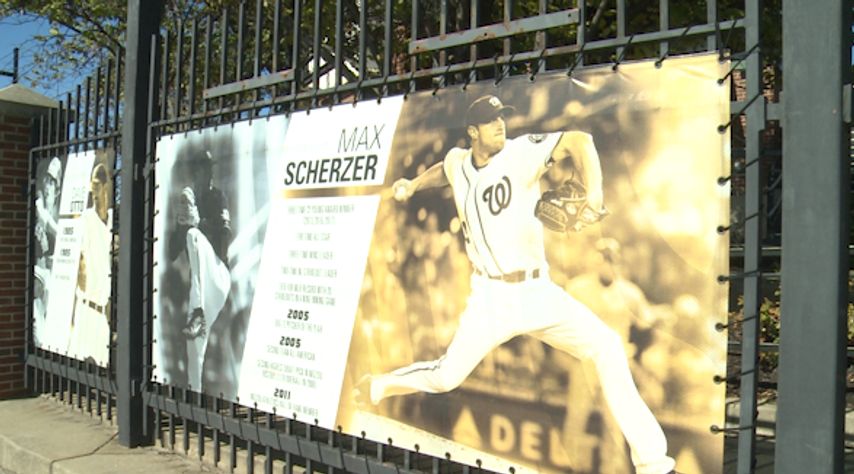 "A lot of people know Missouri baseball because of Max and all that he has brought to this program," head coach Steve Bieser said.

Scherzer has been arguably one of the best pitchers in Major League Baseball for nearly a decade. He starts Game 1 of the World Series tonight with the hope of helping the Washington Nationals capture their first championship in franchise history.

But people in Columbia know that his rise started as a Tiger.

An article released last week by The Athletic relays the legend of "Juice," Scherzer's nickname in college.

"It's just so easy to be young again when we get back together," he said, via The Athletic. "You probably have it with your college buddies. You get back together and you're 20 again. It's like a family reunion."

Scherzer was in Columbia as recently as last January for his jersey retirement ceremony.

Coach Bieser said one of Scherzer's famous traits was obvious to him.

"Max is just such a fierce competitor," Bieser said. "I think anything you challenged him to do, you would get his best — that's what puts him over the edge and makes him the best pitcher in Major League Baseball."

On the mound, Scherzer's career numbers at MU speak for themselves. During his time as a starter his freshman and junior years, he struck out 209, had a WHIP (walks plus hits per inning pitched) below 1.00 and an ERA (earned run average) of 2.03.

And he has only gotten better with age. His three Cy Young awards are tied for the most among active pitchers.

Scherzer has sustained this success into the postseason, not giving up a hit until the 7th inning of Game 2 of the National League Championship Series.

Bieser hopes that Scherzer's second trip to the World Series will add some new hardware to his trophy case.

"We are very proud of him and what he has been able to accomplish," Bieser said. "We are really excited to see that legacy grow for him. Hopefully he is the World Series MVP and he wins two games."