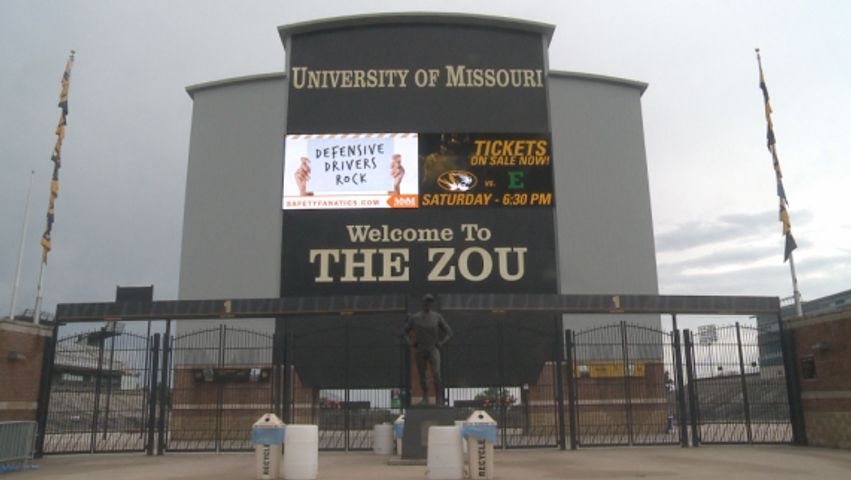 COLUMBIA - A new facility is on the horizon for the University of Missouri Football team.

The athletics department announced Thursday that it received a $10 million donation from Kansas City Sports Trust for the project. The facility is estimated to cost around $75 million.

New athletic director Jim Sterk said, "I know Coach Pinkel and Mike Alden had talked about it. What's really a change is really focusing on the south end zone. That's where we think it'll be. Where, exactly, we're not sure, it could be centered in the back or it could be on the side a little bit but we're really still exploring and deciding what to do."

"There's been a lot of construction and facility development in the SEC and we're behind that. I learned that, even before I came as far as talking to Mike Slive and Greg Sankey as they invited Mizzou into the SEC, they knew that was an issue," Sterk said.

He said the amenities of the new facility will open up the Mizzou Athletics Training Complex (MATC) and give more space to other Mizzou sports.

"A lot of the service areas that are involved with football - the weight room, the medical training area, the locker rooms - those are areas, and then probably the coaches offices and recruiting areas would be involved in it," Sterk said.

Mizzou Head Coach Barry Odom said in a statement this kind of support is important.

"We've said from the start that we can't do this alone - we need support from our fans to get where we want to be, and this is an amazing statement of support," Odom said.

Sterk said he hopes the donation will have a ripple effect and do good for more than just the football program.

"Having new facilities and facilities that are comparable in the SEC help elevate the program in the eyes of potential players that would entertain coming here. I think it's a step in the right direction and I think it's part of the rebuilding and the re-branding of Mizzou," Sterk said.

There is no timeline for the start of the project.