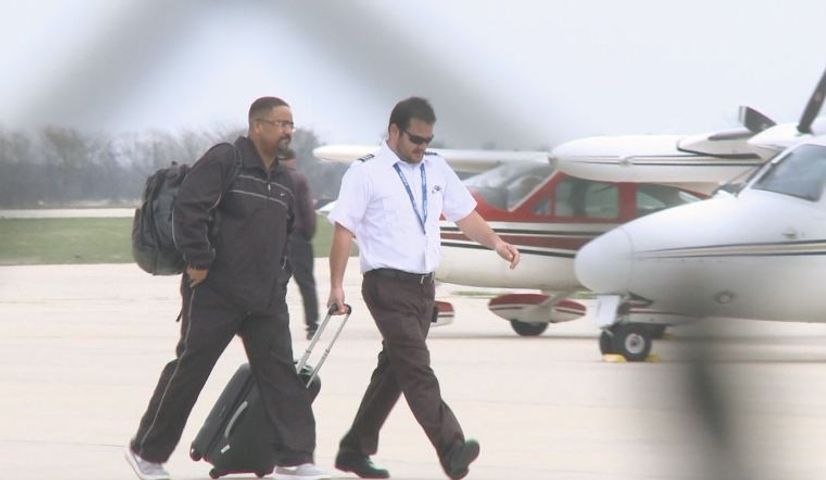 COLUMBIA - After KOMU 8 News spotted Frank Haith leaving Columbia on a plane to Tulsa, Okla. where he's reportedly negotiating a head coach position, MU basketball fans have mixed feelings about the coach leaving. After a tumultuous couple of weeks for MU's Athletic Department, big changes seem to be coming fast.

Della Cochran has been a Tiger basketball fan for 30 years. She says she can see why Haith wants to leave after the recent bad publicity and season. "That's what a lot of coaches have to go through and don't know how players players are going to be gel together on or off the court and that's a huge component of it."

Other MU fans were especially upset after weathering the storm throughout Haith's serious legal battles with the NCAA stemming from when he coached in Florida.

"With all of the post season media that has come out in relation to the relationships as far as personalities clashing both on and off the basketball court it's not surprising. It's unfortunate for a college coach," Cochran said. "That's what a lot of coaches have to go through and don't know how players are going to be gel together on or off the court and that's a huge component of it."

Former MU athlete Jimmy Jones said it's unsual for a coach to leave this early. "As a coach often time you want to establish yourself somewhere for a long period of time so you can show that you can be successful."

Jones said MU's athletic department will be under fire. "It's a business, I think it's going to be a big blow to the University with the changes of coaches they've had over the years."

MU basketball fans aren't the only people looking toward the future. Frank Haith's Wikipedia page already has Haith listed as the head coach.

KOMU 8 News asked viewers on Facebook who they think should be the next head coach if Haith takes the job in Tulsa. The response was rapid.

Frank Haith is expected to be introduced at a Tulsa press conference Friday as the new head basketball coach of the Tulsa Golden Hurricane.