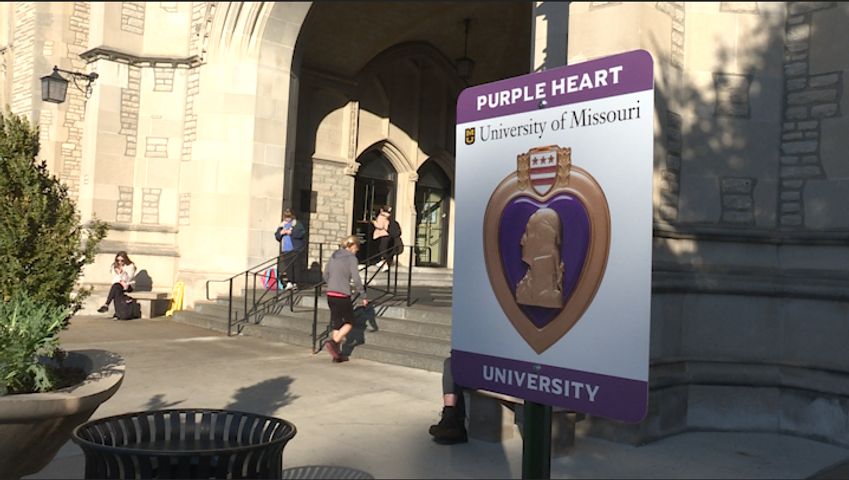 COLUMBIA- The University of Missouri will be hosting events this week to commemorate veterans.

MU was recognized as a "Purple Heart" university this past year. It's a status awarded for service and support provided to veterans.

"The University of Missouri has been named one of the best universities in the nation for veterans," Sara Diedrich, an MU spokesperson, said.

She said there's about 900 students who are veterans, military members, ROTC members and others.

The university will have a concert Wednesday night with the Unites States Air Force Band of Mid-America's Airlifter Brass to start off the events.

Robert Ross, the director for Student Veterans Resource and Support Center, said this is an meaningful event.

"The Veterans Week means a lot to me, because I've served in the military," Ross said. "And it honors the member of those service members who served and never returned because they lost their lives in battle."

Ross said these events are to show the public "what veterans are all about."

He also said the most important event will take place Monday with the wreath-laying ceremony.

The events will take place throughout the weeks of November 4 and November 11.