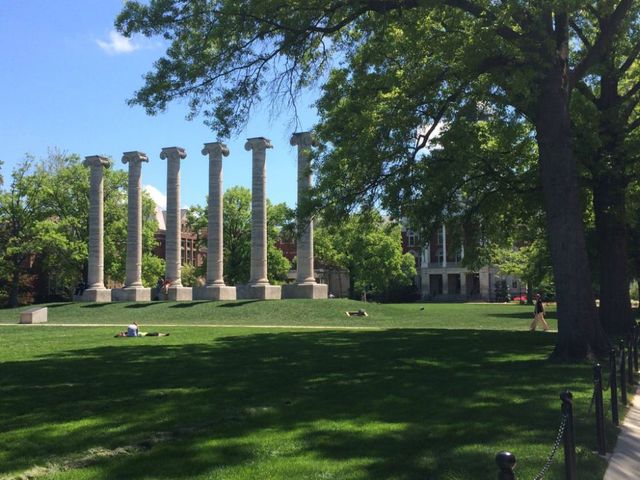 COLUMBIA - Gov. Jay Nixon signed a $1.3 billion higher education budget yesterday, which will enact a tuition freeze for the fourth time since Nixon has been in office.

The budget also creates a four percent boost in performance-based funding, which comes to about $37 million for Missouri colleges. $17 million of those funds will go to the UM system.

This comes after many in the Missouri legislature contested the UM system receiving any funds following the events on the MU campus in November. In addition to the $17 million, the UM system will also undergo a $3.8 million cut to the administration.

Rep. Donna Lichtenegger, R-Jackson,  says it was important to have the cut because it sends a message.

"When we did this I was very proud to do the cut at first. We needed to send a message and that message was heard loud and clear. Now the administration is working to fix things," Lichtenegger said.

MU News Bureau's Christian Basi praised the governor for including the university in the budget plans.

"The budget is going to allow us to continue our mission of serving the state as one of our biggest assets. We touch nearly every Missourian in every county almost every day," said Basi.

Basi added that despite MU receiving a portion of the funds, planned budget cuts on the campus will still happen due to the expected decrease in enrollment numbers.