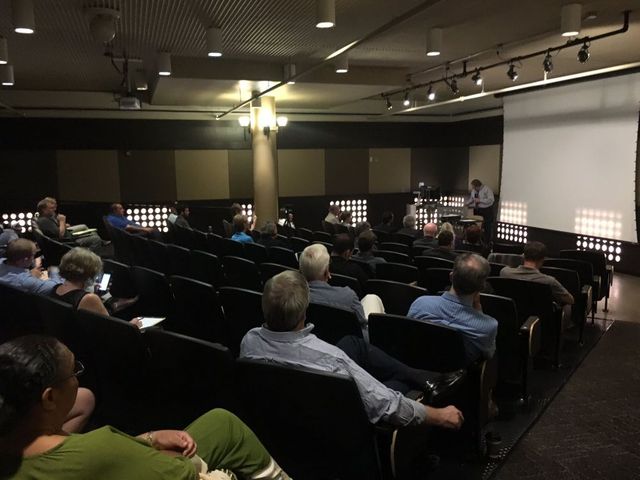 COLUMBIA - The University of Missouri held a campus-wide public forum today to discuss new recommendations on how public spaces should be regulated on campus.

Mizzou's Ad Hoc Joint Committee on Protests, Public Spaces, Free Speech and the Press released the recommendations at the end of May. The recommendations outline how public spaces could be regulated on campus while the university protects safety, free inquiry and free expressions. It also lays out how the university might resolve future conflict concerning the use of public spaces on campus.

The policy recommendations incorporate a number of existing rules on free speech and recommend new rules for free speech on campus.

"The proposed policy says that the university will not interfere with the expressive activities," Robert Jerry, a professor of law of the University of Missouri, announced.

"The purpose of this forum is to look at the policy on protest and use of public spaces. The goal is to have as much freedom of expression as possible on this university," Sandy Davidson, the curator's distinguished teaching professor of the University of Missouri, said. "Of course, preserving the central purpose of the university, which is the education."

Davidson said the recent concern is the safety issue, meaning how we can both safely protest and still allow the maximum freedom of the expression.

"I think the benefit of the policy will be to provide guidelines to people who are wanting to protest." Davidson said.

A second forum will be held September 19 on campus.