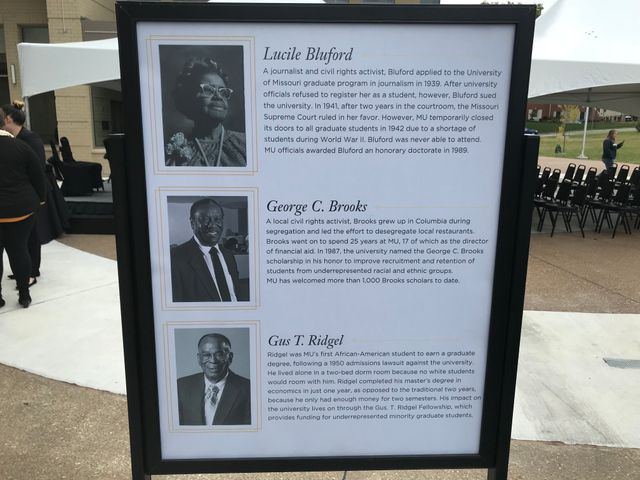 Bluford was a a journalist and a civil-rights activist.

After initially being denied into MU's Journalism Graduate Program, she sued the university and was later admitted. Bluford was never able to attend MU because the program was shut down during World War 2, according to MU's Residential Life website.

Brooks was also an activist and student at MU. He led efforts to desegregate local restaurants. Eventually, Brooks worked as the director of the financial aid department at MU for 17 years.

Brooks' son was at the dedication. Darryl Brooks said, "I felt a great amount of pride, the dedication to the building probably means more to him and my mother than me because I've always idolized him from the beginning."

Ridgel was the first Black student at MU to earn a graduate degree. Due to financial issues, he was forced to complete his program in just one-year.

Those who attended the ceremony also had the chance to tour the residence hall and visit the atrium.