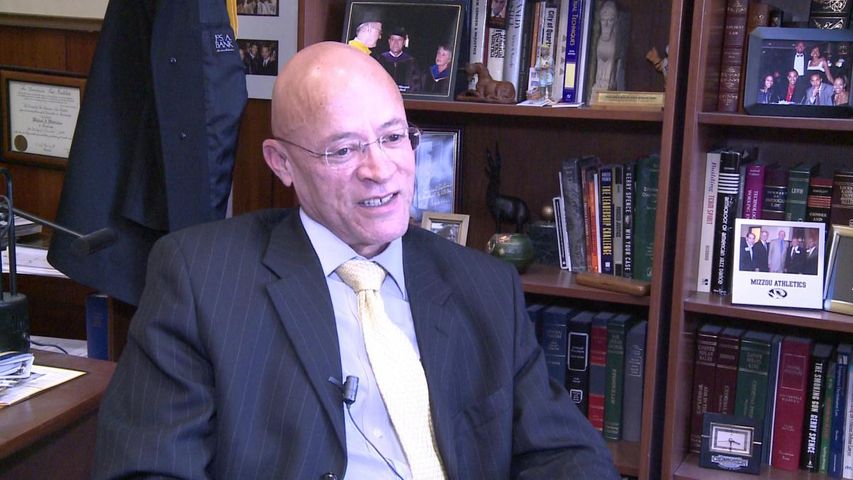 COLUMBIA - Deputy Chancellor Michael Middleton started out as an undergraduate student at MU in 1966. Although Middleton appreciates MU's diversity, this what not always the case.

"Several decades after Brown v. The Board of Education, within decades of the Lloyd Gaines case that actually happened on the University of Missouri's campus, you know it was Michael Middleton who was that guy to be admitted into the University of Missouri's Law School, to actually graduate , then go on to become the law professor," said Alpha Phi Alpha President Thomas Stovall.

MU was quite different when Middleton arrived on campus in 1966. There were less than 1,000 black students enrolled as undergraduates, there were hardly any organizations blacks could join, and the only black organization on campus was Kappa Alpha Psi Fraternity Inc.

"I can remember frequently getting racial epithets hurled at me out of cars passing by at night accompanied by empty beer cans and sometimes half full beer cans," said Middleton.

Middleton sought to create social change on campus, something his family had done for years while living in Mississippi.

Middleton helped form and organize the Legion of Black Collegians and became the first president of the organization. Middleton is also a founder of the Zeta Alpha Chapter of Alpha Phi Alpha Fraternity Inc.

When he decided to go to law school Middleton became the first black graduate of MU's law school. After graduating Middleton made his way to Washington D.C. and began arguing civil rights and affirmative action cases.

"I decided that I wanted to look into suing my hometown of Jackson, Mississippi for employment discrimination of blacks and women," said Middleton. Middleton worked for the US Department of Justice during that time. His investigation created social change In Jackson Mississippi and led to the desegregation the police department, fire department, and city administration.

In 1985 Middleton returned to MU as a law professor, and remains at MU.

From sitting in Jesse Hall as a student, protesting segregation, to sitting in Jesse Hall now as Deputy Chancellor, Michael Middleton's life has come full circle. Through his actions and determination he has devoted his life to making MU and the United States a better, more accepting place.

"He has inspired so man people not only in this community but nationally and I would actually say around the world," said Middleton's Wife, Julie Middleton.

While he appreciates the compliments his friends and family give him, Middleton said he just did what he had to, to get things done.