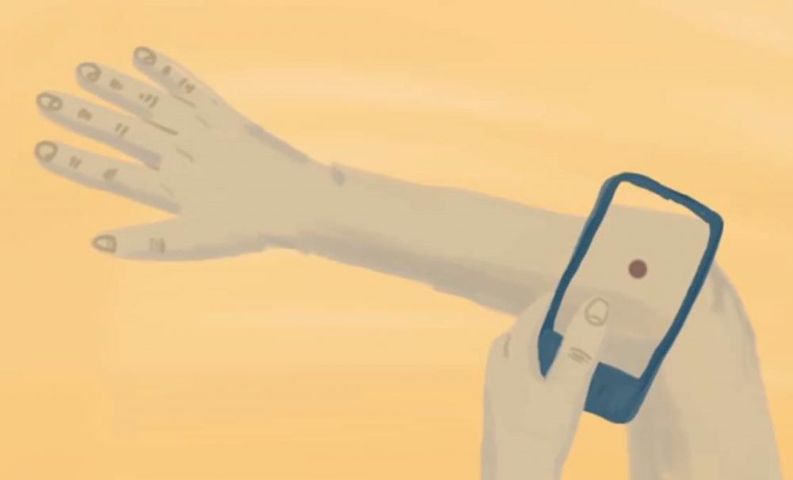 The app is called Mole Mapper. Dr. Karen Edison collaborated with Apple and Oregon Health and Science University over the past several months to create it. It was released Oct. 15.

"I like it because it really gives you the power to know that your moles are not growing over time," Edison said. "That's one of the key features that we look for when we're looking to see if a mole is transforming into melanoma is that it will get bigger. And sometimes it's hard to remember what size your moles were, so if you have an objective way to have a computer to really say 'that's just a little bigger than it was three months ago', that really gives you a lot of power to know."

Edison said everybody would benefit from using the app because anybody can get melanoma, but some are more susceptible than others.

"There are about 30 percent of our population, however, that are particularly high risk," Edison said. "Those are people who have multiple moles that have light skin and light eyes and that have had a lot of sunburns in their life. Patients like that in particular are going to be benefited by this app."

Edison said when she first started practicing dermatology, she did not see as many young people with melanoma as she does now.

"We are seeing deaths from melanoma here in Missouri. In fact, it's one of the fastest rising causes of cancer death for young people," Edison said.

"After I went through biology in high school and they said, 'Your skin is your number one organ, like, you should take of it', it seriously is so true," Stokes said.

Edison said the app is in its early stages because it just tracks a mole's measurement overtime, but when users choose to enlist themselves in the research portion of the app, data will help the app "get smarter."

"This app allows users to photograph and map moles to zones on the body, and monitor changes in the size of the moles relative to a reference object (like a coin), over time," according to the app's website. "App users can maintain these images exclusively on their phone app to share with their medical team. Or, after a consent process on the app, they can transmit the data from images and periodic surveys to researchers for analysis."

The research component of the app is de-identified, according to Edison. She said if a user gives information to the app, a user's name will not be attached nor will it be given out.

The app is free for anyone with an iPhone.

The American Cancer Society provides tips on how to protect yourself against melanoma. Those tips include avoiding tanning beds and putting on sunscreen.

Below is a video about the Mole Mapper app.