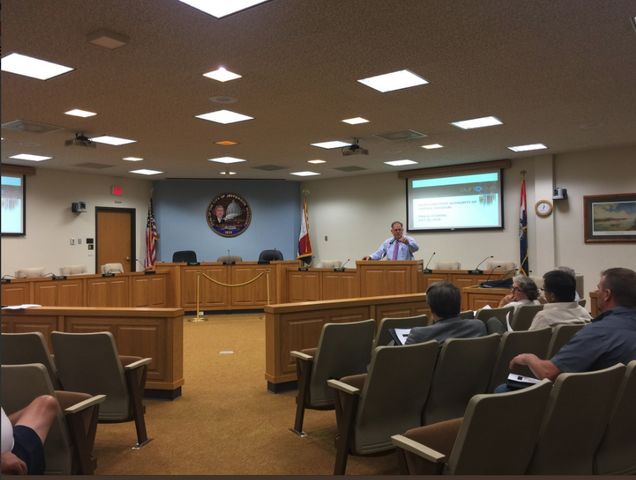 COLUMBIA - A newer ACL surgery has been clinically proven to be better than the old method.

“We can use this technique on our canine friends in the veterinary world, use our one health one medicine concept here at Mizzou and help everybody,” Cook said.

“The differences are of course size and four legs versus two. So there are some bio-mechanical differences, but in terms of using the canine model, it’s very valid,” Cook said.

However, the new surgery, called the suspension method, has yet to become popular compared to the old method, called the screw method.

The suspensory method uses donor tissue that is integrated into the bone.

Similar to a plant adapting to soil underground, this method allows the donor tissue to grow into the bone, almost like a brand new ligament.

“We would use the mechanic term for the old method. Where as the new technique, the suspensitory technique, probably more of the gardener,” Cook said.

The old screw method, where the screw is more like a spot weld, can cause more surgeries needed in the future because of cell and tissue damage.

ACL surgeries are one of the most common in the nation with around 200,000 needed every year, and they can happen to anyone even when not playing a sport.

The new surgery will also be able to help dogs since around one million of them need ACL surgeries every year as well.

However, the new surgery does not make Kerry McDonald, who works out almost every day, feel too much better about possibly getting one.

“I’m glad to hear there’s a new method, but it probably won’t put my mind much at ease just seeing how much pain has gone through other people,” McDonald said.

The suspension method will cost roughly the same and also take around the same to recover, but that does not deter Cook to think about what the new method could do.

“We want to say we can restore you to what you want to do and let you get rid of the fear of being back in our OR again,” Cook said.

No patients who have had the new suspension surgery have complained to Cook.

Luke Delain is one of those who have had the new suspension surgery and said even though he isn’t 100 percent yet, he is happy with the results.

“It’s worked really well, and I have no complaints. I’ve met all my goals so far and am even playing a little basketball with my kids,” Delain says.

Cook also said the new suspension method has not caught on because it has only been around for five years.