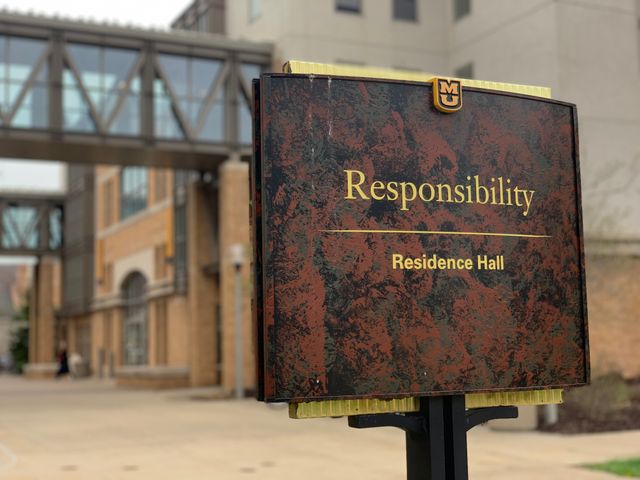 COLUMBIA - Some future MU freshmen may find themselves living off-campus instead of in traditional residence halls, because of increased enrollment.

The Finance Committee of the UM System Board of Curators approved MU’s request Thursday to add leased space options for Residential Life.

Officials expect every residence hall to be open and near capacity, except Responsibility, which still has a one-year office lease with MU Health Care.

Nathan Dare, president of the MU Residence Halls Association, said the university is expecting an 11 - 15% increase in freshmen enrollment for fall 2019. That, combined with a record rate of returning students, is fostering a housing shortage.

“If the current trends continue to go the way that they go, even into next year, there will probably have to be some overflow housing at an off-campus site,” Dare said.

He said it would most likely be freshmen who live in the overflow housing.

“Returners have already signed their contracts, and what happens most of the time is they sign the exact room that they lived in that previous year,” Dare said. This leaves less space available for incoming students.

Prospective MU parent Angel Huelsmann said the idea of her freshman daughter living off-campus would not make her happy.

“My recommendation is that they should make sure the incoming freshmen get first dibs on the residence halls, not the kids who are here,” Huelsmann said. “Those kids have been here. They’ve already had their time away from mom and dad. They’re used to where everything is. You just have to move on and move out.”

As of now, officials are not sure if the proposed overflow housing will be used this fall. They say they are still waiting for finalized enrollment numbers.

“There are no estimates at this point because we’re not exactly sure how many kids are going to be joining us in the fall,” Dare said. “Residential Life is trying to maximize space here so everyone can have the experience that Mizzou students have had for generations.”

The full board will vote on the finance committee’s plan on April 11.