MU faculty react to contracts not being renewed 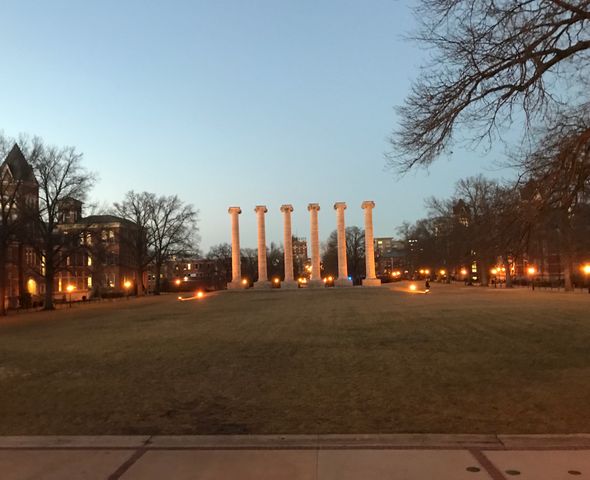 COLUMBIA - MU’s announcement that an unknown number of non-tenure track (NTT) faculty would not have their contracts renewed began to sink in for MU faculty members Thursday.

Wednesday MU Provost Jim Spain sent an email to NTT faculty members notifying them that some faculty members would not have their contracts renewed next year unless budget circumstances change.

MU Faculty Council Chair Bill Wiebold, who found out about the cuts around the same time as those who will likely lose their jobs, voiced his disappointment with the cuts.

“I understand, but I’m very sad. You know its people's lives and some of these people have worked at the university for a long time. It’s just a sad situation,” he said.

While he is disappointed, Wiebold said he understands that budget cuts necessitate layoffs.

“How do you have a reduction that doesn’t mean that we’ll have fewer people working here next year than we have this year...it’s just reality,” he said.

Despite the budget not yet being finalized, MU is mandated to provide a 90-day warning to those people whose contracts will not be renewed.

“We have to follow the rules, and that’s what part of the problem is here. We have to tell people now even though we don’t really know what the budget is going to be. We might not know until May because that’s when the budget has to be done,” Wiebold said.

Some reactions Wiebold heard from faculty question the state budget.

“Surely there’s other places in the whole state budget that could be cut rather than our university budget, but that’s where we are so of course we are going to say that,” Wiebold said.

Wiebold is concerned that these cuts will drastically impact some departments.

“You talk about cutting the fat away and then you’re starting to cut muscle away, and in some cases you’re actually right down to the bone, and I think in some colleges, some departments, that’s where we’re at,” he said.

Chair of the Non-Tenure Track Standing Committee and Director of Russian Undergraduate Studies Nicole Monnier is also concerned about the impact on specific departments.

“The School of Journalism would be an excellent example. You can’t remove people from the newsroom right? Who’s going to run the newsroom? That’s a lot of your NTT faculty there and elsewhere. So it’s not that we’re kind of add-on faculty, we’re actually essential to the mission of the school,” she said.

“First and foremost is the instability of our positions. Many of us...the majority of us, are only on one-year contracts,” she said.

Monnier said in the current market it typically takes faculty at least a year to find another job. She believes longer contracts would reduce some of the vulnerability NTT faculty face.

“We [the Non-Tenure Track Standing Committee] have in the last year and a half been advocating very, very strongly for a rolling contract that would allow NTTs, as they accrue years on campus, to have a two or three year rolling contract,” she said.

Last year the NTT Standing Committee submitted a contract proposal that was denied by the deans. Monnier said the Office of the Provost is working on a solution.

“Our understanding is the provost’s office is working on, I will call it, a compromise proposal that will give some more stability to us, but probably not what we’d really like to see, which is ultimately a three-year contract which is what the collected rules allow us to have but is the upper levels of what NTT faculty are allowed to be given,” she said.

Monnier, who has been a faculty member for 18 years, avoided the cuts but said she never feared her job was in jeopardy until last year.

“It’s frustrating and depressing. Budget concerns aside, it’s hard to have been a member of this community for 18 years and feel like you could be a 'minus $50,000' or whatever towards the budget deficit.”

Monnier also spoke to the email that laid off faculty members received from Spain.

“I really respect Provost Spain. I think what he was trying to do, which is rather novel at this university, was to be transparent that this is happening. I don’t think the email was read closely enough to understand how it would be heard. I do think there’s a gap between what the email intended and what people heard.”

“He understands that we represent colleges and that we’re in communication with our colleagues. Jim is a very optimistic person and most of our conversation was on, not that we’ve got a lot of challenges or problems, but here’s the plan, we’re gonna fix it in this way,” Wiebold said.

Note of transparency: Some managers in the KOMU 8 Newsroom are also NTT faculty members of the University of Missouri School of Journalism.

MU not renewing contracts for some non-tenure track faculty