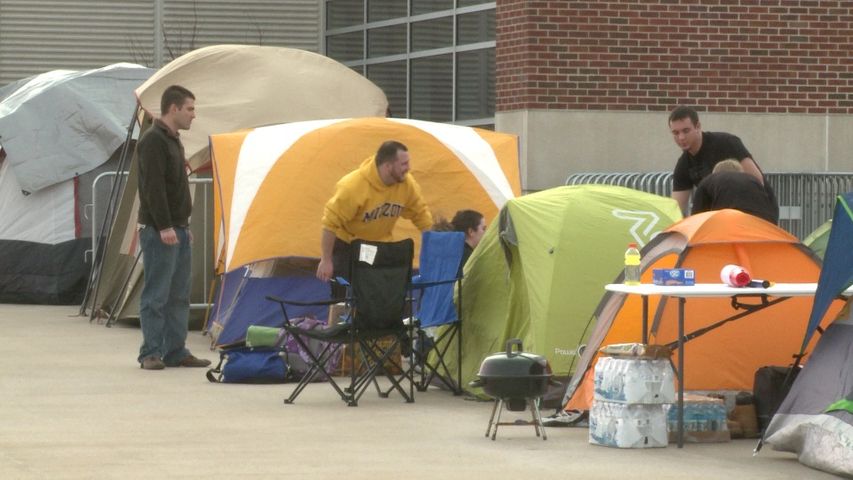 COLUMBIA -- ESPN's College Gameday and the MU/KU border showdown game was less than two days away, but MU fans had already started to line up Thursday night outside Mizzou Arena.

MU fans have made the usually open space into their campground with the intent of securing one of the 250 seats directly behind the ESPN's College Gameday set.

Some MU fans had camped out in front of the Mizzou Arena since Wednesday night. Many fans said, since this could be potentially the last time the Tigers play the Jayhawks in Columbia due to MU's departure to the Southeastern Conference, camping out three days before ESPN's College Gameday and the MU/KU game was well worth it.

"It's a pretty big basketball game. This rivalry goes back a hundred and fifty-years until the Civil War. It's the biggest game of the year. It's really important to get that last victory," said MU fan Chris Seiffert.

Campers brought food, water, games, homework and other supplies to keep them occupied until the MU/KU border showdown game and ESPN's College Gameday telecast on Saturday.

Nearly two dozen tents had lined up outside Mizzou Arena Thursday night and fans said they expected to see the crowd increase as the game draws nearer.