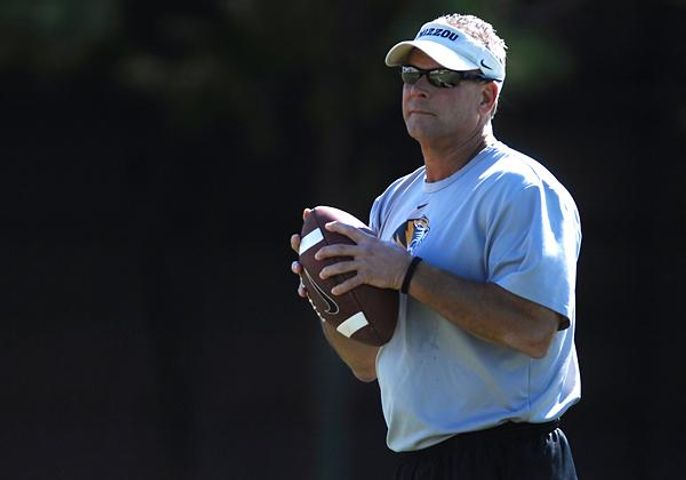 COLUMBIA - For the first time since 2001, Missouri football coach Gary Pinkel wasn't on the sidelines against Texas Tech to lead the Tigers.

"It was a little different," said senior safety Kenji Jackson. "Coach Pinkel, he pretty much mediates the whole thing, takes care of everything. He's our leader."

Junior running back Kendial Lawrence agrees that something felt off with Pinkel's absence.

"It was kinda weird, but we just had to fight for him," said Lawrence.

So for one game, defensive coordinator Dave Steckel had the title of head coach. But it is a title he hesitated to use.

"The only reason I was the guy is because I was the guy on the sidelines, but this was co," said Steckel. "This was David Yost and I doing this thing together and communicating together. And the luxury that we had is that we've been together for 11 years."

The coaches and players rallied together.

"Everybody stepped up," said senior defensive lineman Dominique Hamilton. "It was good play calling. Everybody was going out there and playing for the man next to him."

And the players thought highly of Coach Steckel's leadership.

"Coach Steck's real emotional. He came in hyped up, said senior linebacker Luke Lambert. "He wanted to make sure we knew where our focus was this week, and know what we had to do to prepare, and do out steps and get ready for this weekend because that's all we can control and I think he did a great job of that."

Senior defensive lineman Jacquies Smith is just happy that Steckel was able to get the win.

But if you ask Steckel, it wasn't him who led the team to a win.

"We got hit with a storm, but Coach Pinkel built a hell of a foundation here, and because of him, that's why these kids were able to play like they were today."

On senior night, Missouri defeated Texas Tech 31-27. With their sixth win of the season, the Tigers are now bowl eligible.