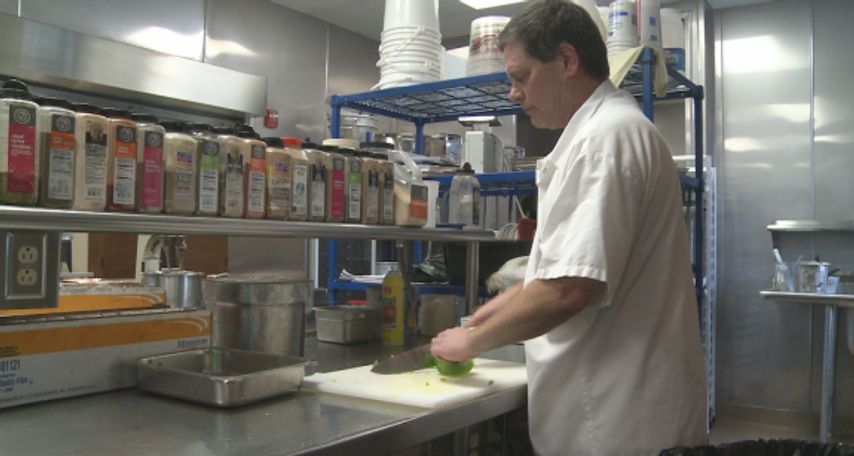 COLUMBIA - An MU fraternity exceeding its goals to help a chef with a sick wife.

Scott Young, who cooks meals for Beta Theta Pi has a wife in St. Louis sick with a blood infection that has taken over her body.

When fraternity members heard about it, they got together and started a GoFundMe page for Young's family. The goal was $5,000; when that was quickly surpassed, the members set their sights on more. In eight days, they have raised more than $10,000.

Beta Theta Pi president Chase Wisniewski said, in terms of Greek life, he is hoping this will show other houses that, despite the negative environment after recent scandals, it's still possible to do good.

“I think there is two good aspects of what we are doing here, one is obviously for Scott and his family and the other is that the environment at Mizzou and Greek life right now is not the best and there is a lot of negativity with that," Wisniewski said. "It’s saying we are still capable of doing good things for Greek life and for the whole campus and for the community around us."

Young says people should look past the scandals.

“A lot of people take the bad stuff from fraternities, but they do so much more good stuff and it’s great for the community, it’s unbelievable what these young gentlemen do for the communities," Young said.

“In our eyes he is more than just our chef, he is one of our brothers," he said.