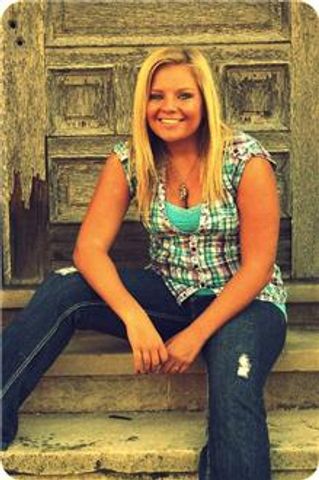 COLUMBIA - University of Missouri students mourned the death of freshman Brianna Baker Monday night.  Baker died Sunday morning in a car accident in Beardstown, Illinois, which is east of Quincy. Students who knew Baker said she was very outgoing, energetic and full of spirit. She lived in the dorm Responsibility and was majoring in English.

According to ABC-affiliate KHQA, Baker was riding in a truck with five other people, three in the front seat and three in the back seat. The Browns County Sheriff's Department started pursuing the vehicle after people reported it driving in yards and vandalizing property.  Deputies told KHQA they tried to stop the vehicle, but the driver took off leading to a high-speed chase.

19-year-old driver Jacob Hendricks lost control of the truck when he tried to turn at an intersection.  KHQA reported the vehicle ended up on its nose and split a utility pole in half.  Baker was the only person killed in the accident.

Students living in Baker's dorm told KOMU 8 the university held a meeting Sunday afternoon and offered counseling to those living on Baker's floor. Her funeral is set for Thursday at 10 a.m. in Golden, Illinois.  To view her obituary click here.