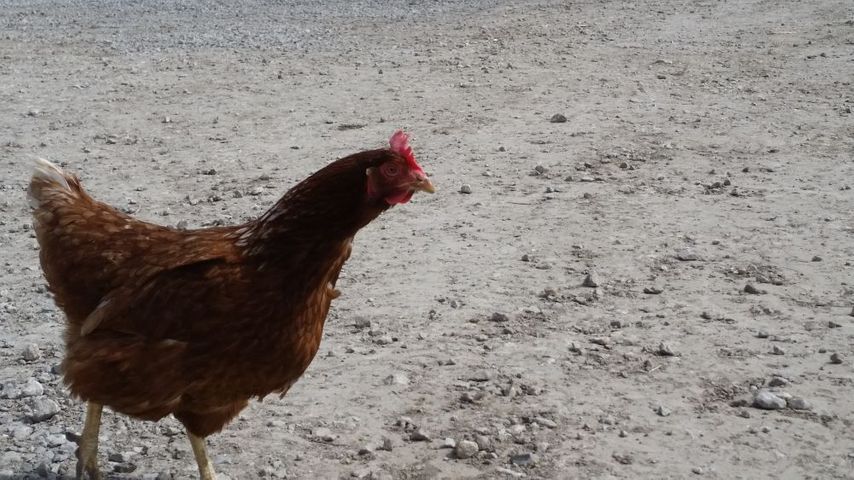 COLUMBIA -A discovery made on a Missouri farm is inspiring research that could mean more chickens on the market and more cash in farmers' pockets.

An MU study is being conducted by professor Leon Schumacher and the MU School of Agricultural Systems Management, and stems from an effort to make a chicken farm made improvements by installing LED lights in the barn.

"We were down to Versailles, Missouri, and we noticed that, after we made some energy efficient updates to a broiler facility, the birds were actually coming to market five to seven days sooner than otherwise," Schumacher said.

He said, although five to seven days may not seem like a large time period, the impact over a year can be massive.

"If farmers are able to raise more birds per year in their same facilities, obviously they're taking more to market and that means quite a bit more cash flow in their pocket."

MU's study is segregating the birds to different pens, each with a different source of LED lighting. The study is using natural colored lighting, green lighting, blue lighting and red lighting, and studying the how the birds react.

Schumacher said studies like this have been done before, but MU's has a unique characteristic.

"There have been times when people have tried to use blue lighting, green lighting, red lighting and natural daylight," Schumacher said. "The interesting part about that is none of that work was completed with an LED light source, it was completed with some kind of a filter on a bulb."

Schumacher and his assistants are monitoring things like the feeding efficiency of the birds, rate of weight gain, mortality rate, behavior in the light source and possible gene reaction in response to the LED lighting.

However, lessening the time it takes for chickens to come to market is not the only positive effect this study could have.

"Our whole society is just using more energy," Schumacher said. "If we can reduce the amount of energy for the same operation, it saves us money, but it also saves energy."

"A florescent light emits kind of a pulse," Schumacher said. "You don't see it, you don't feel it, but it's actually turning off and on frequently, more than we can possibly imagine. That said, that flicker causes us to behave in certain ways. And so you're going to say, does that make a difference? What I do know is that if I have LED lighting in place of florescent lighting, I'm a happier guy. It's sounds kind of crazy but I really am."

For farmer Dustin Stanton, both possible benefits of the study are exciting.

"If you can have a ten percent increase in your flock over an entire year, that's huge. That's something you just can't get every day," Stanton said. Also at the same time with LED you cut the cost of energy used per month and that's also a huge benefit."

Stanton said he has actually switched over to LED lighting in his chicken barns, and noticed his bill was nearly cut in half.

Feicht said the thought that this study could bring a lasting, positive change to chicken farmers around the country is humbling and important.

Schumacher said the switch to LED bulbs could be a small change with a big impact.

"The ultimate goal of agriculture in the next few years, everyone's concerned about if we're going to have enough food and protein by the year 2050. If the LED light would help us accomplish that then I think we better start changing a lot of LED light bulbs."