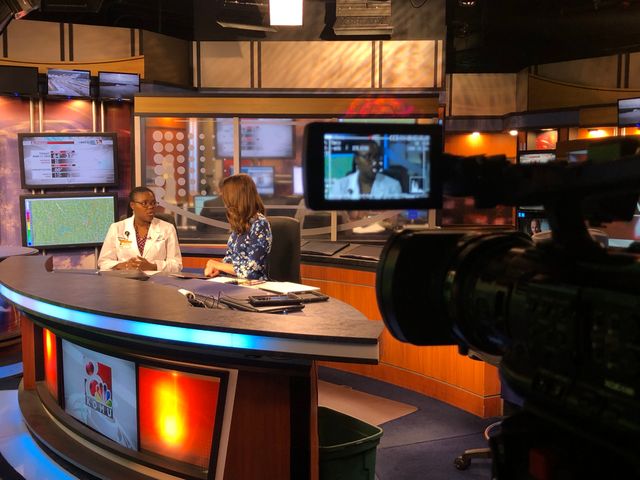 COLUMBIA - Dr. Christelle Ilboudo, MU Health Care Medical Director of Infection Control and Prevention, came into the KOMU 8 newsroom to answer questions that Columbia residents had regarding the coronavirus.

“I want to know if cats can have coronavirus and spread it to their owner,” University of Missouri Student Fanta Coulibaly asked.

“We don’t really have any evidence of domestic animals spreading it. What we do recommend is if people have it, to have someone else take care of their pets and the reason is we don’t understand yet how likely it is that we will transmit it to our pets,” Dr. Ilboudo said.

“What’s the actual danger here? I mean, I keep hearing from several sources, one of which is the president, saying it’s no big deal, it’s just going to be a bad flu that’s all, but I’ve had the flu before, the flu sucks,” Emerson Davis asked.

“I think we need to be prepared, but not panic because it is a new virus to humans in general,” “The reason why it’s a little hard to tell is because our testing has been really focused on those that are very sick and need to come to the hospital, but we really don’t have a good grasp on those people that are otherwise healthy who could have the virus and we just don’t know about it or they don’t qualify for testing,” Dr. Ilboudo said.

“So, as a father of three young kids, I want to know how young is the “at risk” group for coronavirus,” Rob Patrick asked.

“I think the cases we’ve known so far, there hasn’t been a lot of children in the cases that have been described, and even for those children, they tend to have very mild symptoms,” Dr. Ilboudo said.

Dr. Ilboudo said she encourages anyone that has symptoms to stay at home and monitor their symptoms themselves.

If someone sees their symptoms getting worse or thinks they may have contracted the virus, she recommends calling your doctor before coming in and getting tested in order for the doctor's office to have time to prepare.