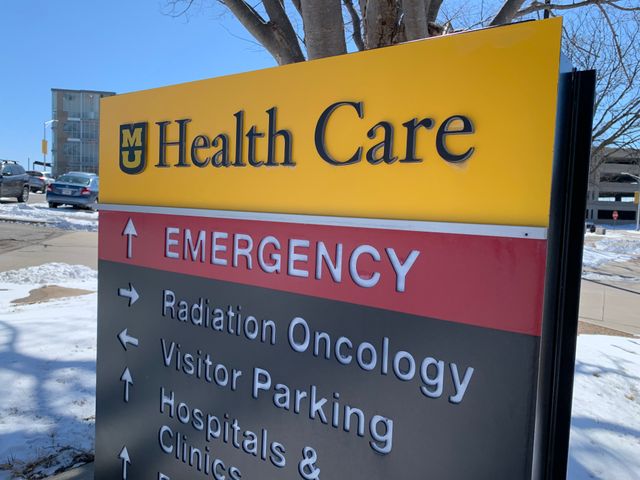 COLUMBIA - The Centers for Medicare and Medicaid Services (CMS) gave MU Health Care a one out of five star rating, when it was previously at a three.

CMS is a part of the U.S. Department of Health and Human Services that administer Medicare and Medicaid. It issues ratings for hospitals based upon a five-star category.

Dave Dillon, spokesman for the Missouri Hospital Association, said the decline in MU Health's rating means it will lose 1 percent of its payments from the Medicare program but patients shouldn't worry.

"It basically doesn't affect anything at all. Medicare programs pay less than most hospitals anyway," he said.

Dillon said the five-star rating is a mixture of many factors.

"They take the whole universe of things that healthcare professionals were working on to improve quality and take certain indicators out of each one of those sets and distill those down into a single indicator of the one-to-five stars," he said.

According to Medicare.gov, the categories include mortality, safety of care, re-admission, patient experience, effectiveness of care, timeliness of care and efficient use of medical imaging.

MU Health Care scored below the national average in mortality, safety of care and re-admission.

MU Health Care said in a statement, "While we are certainly disappointed about the most recent scores released from CMS, we closely monitor and measure our performance on an ongoing basis."

MU Health Care said it has implemented certain changes to address the issues towards safety of care, re-admission and mortality.

Dillon said the Missouri Hospital Association doesn't believe the five-star rating is the best way for consumers to base where they chose to get care from.

"If you have a condition you know you are going to get care for you should look at where the physician who does that care is doing their work and their reputation. That's probably as important as anything else," he said.

Dillon said the competition gets tougher every year because healthcare quality is increasing rapidly.

"We've really questioned whether the entire set of metrics that they use in the five star are the right metrics to determine whether an individual should judge a hospital with three stars versus a hospital with four stars," he said.

Jim Mormann has been a patient at MU Health for the past 10 years. Mormann lives north of Springfield and travels to Columbia for healthcare.

"There's a few doctors that do the treatment that I need. I followed my doctor from the the VA Hospital to MU Health," he said.

Although Mormann is not on Medicaid or Medicare, he said he doesn't believe MU Health Care deserves a one-star rating.

Mormann said this rating is not going to stop him from continuing to drive 2.5 hours to receive the care he needs.

"Carefully analyzing the data provides us with the opportunity to reflect on new ways to improve as we continually strive for excellence."