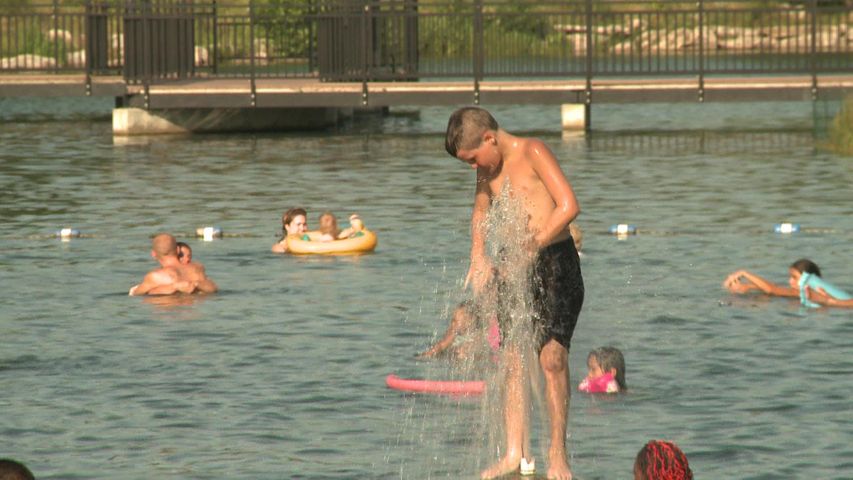 COLUMBIA – It’s one day away from the official beginning of summer, but we have already been feeling the heat. As the summer heat and humidity makes its way to mid-Missouri, health experts from University of Missouri Health Care urge residents to take precautions to protect themselves.

“Everyone is at risk,” said Chadd Kraus, emergency physician at MU Health Care and assistant clinical professor for emergency medicine in the MU School of Medicine. “Just because you’re young and healthy, you should still be vigilant and drink enough water. Still being in the shade as much as you can.”

He said while the heat can affect everyone, children, older adults, and those with health problems are at a higher risk.

Kraus said it’s likely they underestimate the true number of patients they have seen due to the heat.

“Individuals who have other health problems, they may come in with manifestation of those other problems. So, heart problems or lung problems, that we really don’t attribute to the heat directly, but that the heat pushed them over the edge and caused them to have to come in,” Kraus said.

He said during times of extremely high temperatures and humidity, it’s important to recognize the signs and symptoms of heat-related illnesses.

Kraus said when you see signs of a heat exhaustion you should get inside to a cool environment, take a cool bath and drink some extra fluids. Heat stroke symptoms are a serious medical emergency. Kraus said if you spot signs of it, call 911 immediately for treatment at a hospital. If you spot dehydration signs, drink some more water or sports beverages if you are sweating a lot.

Some more tips from Kraus are:

Kraus urged parents to not leave their kids in cars.

“A car basically becomes an oven within a few minutes during this type of heat, so it’s really important not to leave little children or an elderly family member or a pet in the car with the windows rolled up even with the windows down, it can get very, very hot in just a few minutes and can become dangerous and even cause death.”

Temperatures set record highs last week, putting a heat advisory on multiple counties in Central Missouri. However, chances for rain this week will cool Mid-Missouri back down to the 80s through Wednesday.