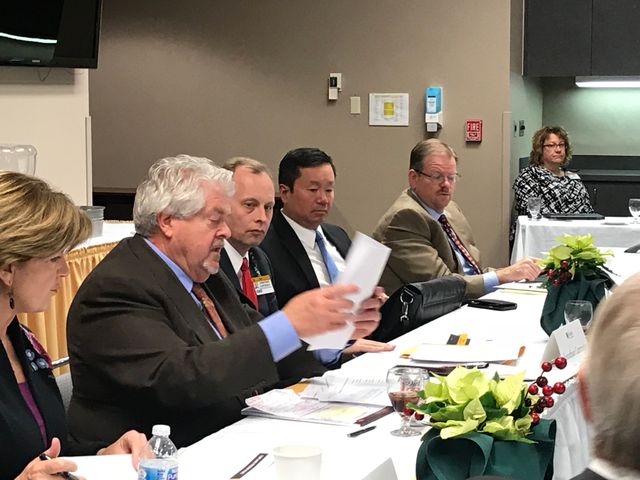 COLUMBIA - MU Health Care is expanding by either building more buildings or merging with Boone Hospital.

The CEO and COO of MU Health Care, Jonathan Curtright, said the hospitals currently have a total capacity for 643 beds.

“We are running out of space,” he said. “We know we cannot be all things to all people but we know we need to be making some significant investments in cardiovascular, in oncology and in primary care.”

First, he said, a merger would expand access to primary and speciality care.

“It is hard, in general, to recruit to Columbia, Missouri, and, by having more population, more of central Missouri taken care of, we will recruit more sub-specialists to provide us care,” he said.

Second, he said, the change would bring more jobs to Columbia.

“There is no other way to say it, this will have a major economic impact on our community both now and for years to come.”

Third, Curtright said hospital decision making would be more localized and more focused on the community.

"You can’t go throughout Columbia right now and not recognize that we have some duplication of services,” he said.

Curtright described his fifth point as the “most important:” the capability to train more doctors, nurses and health professionals.

Seventy percent of graduates from the University’s health professions programs stay in Missouri, so the committee agreed it sees the expansion as important for MU Health.

Cartwright named eight people within the executive leadership at MU Healthcare that have stepped up to take on more responsibilities to keep up with the growing hospital. Cartwright said that's a sign of a healthy organization ready for a merger.

There was also discussion about a financial gift program being implemented to help increase gifts to the University. Curtright said such a program would be of significant help long-term for financing MU Health Care projects.

New staff training was also on the agenda. Jennifer May said the focus is finding, fixing and preventing fraud, waste and abuse. The two questions the program wants employees to ask themselves is “Can I do this from legal perspective?” and “Should I do this?”

The Tiger Institute was yet another topic of discussion. Cartwright said MU Health is “In the process of signing another contract with the the Tiger Institute and Cerner to have the Cerner revenue cycle. This will be a major game-changer.”