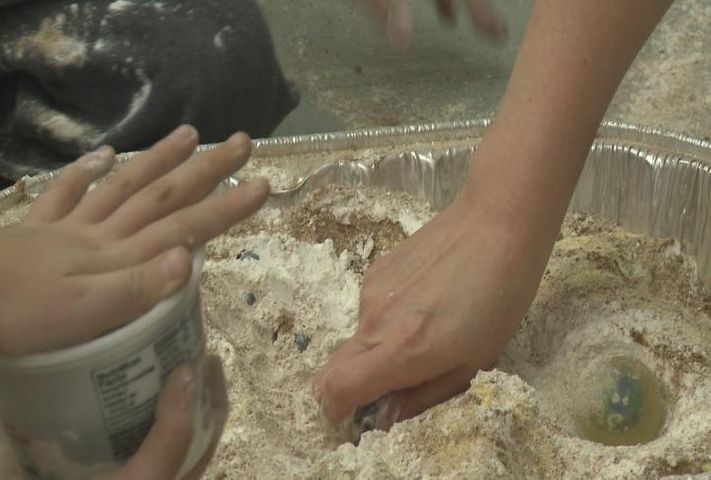 MU students, children and parents were all invited to join in on the fun of learning about meteorites and craters.

There were two different events going on at the same time. In one room Alan Whittington, a professor of geological sciences at MU, gave a lecture about what meteorites were and what was to happen if one were to hit earth.

In the room next door, MU students set up an activity for kids to play and understand the effects of meteorites. They set up several aluminum trays filled with a mixture of cocoa powder, corn meal and flour.

Then kids were given various size items like marbles and golf balls to throw into these trays to see how big of a "crater" they could make.

Dr. Angela Speck, the director of MU astronomy believes it is important to get young children to start learning and get interested in this topic at a young age.

"You're never too young to learn and the younger they are the more they absorb and the more they take this in. And children are capable of learning a lot of stuff and this is the thing that sticks with them."

Both elementary and middle school kids participated in this hands on activity. The next "Cosmic Conversations" event will be held December 4th.