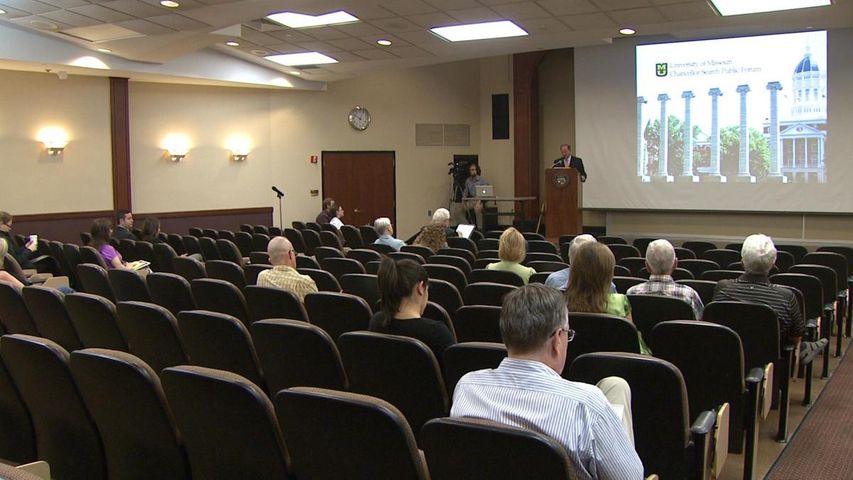 COLUMBIA - The University of Missouri held a public forum Thursday to get input in the search for a new chancellor.

UM System President Tim Wolfe started the forum by speaking to the crowd of 50 for around ten minutes, explaining the process of finding a new chancellor.  He also outlined some of the input he was looking for, like what qualities, competencies, and attributes the public believe is important in a chancellor.

Multiple MU faculty members spoke at the forum.  Several said they wanted what they called a "diverse" chancellor.

This was the second of two public forums held on the Chancellor Search. Wolfe said he would like to choose a candidate by December.